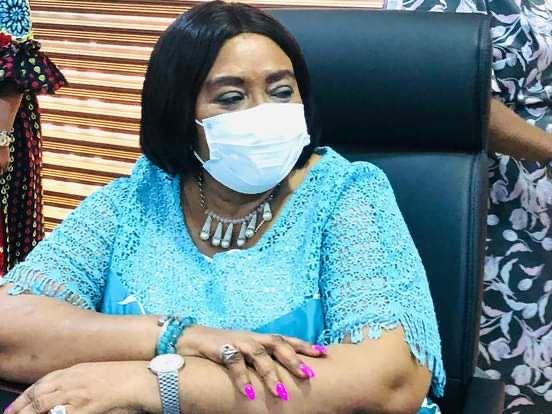 Dr Mrs Getrude Quashiga, the National Coordinator of the Ghana School Feeding Programme (GSFP), has hinted that the government has given approval for funds to be released for the payment of arrears for first term of the 2021 academic year to caterers.

She said the National Secretariat of GSFP had already collated caterers’ data and processed it for payment as soon as the Controller and Accountant General’s Department transfers same to the Bank of Ghana for onwards transfer to the Ghana School Feeding accounts.

A statement issued in Accra by the Public Relations Unit of the GSFP and copied to the Ghana News Agency said the Secretariat had also refuted the claim that government was owing caterers of the programme some eight months arrears.

The statement said the Government was only owing the caterers for the first term of the 2021 academic year of which processes were ongoing to effect payment.

It said, since the second term of  2021 academic year was still in progress,  it would be impracticable for the government to release funds to pay the caterers before their data was compiled and submitted by their Regional Coordinators.

The statement explained that the normal contractual agreement between the caterers and the government was that, cooking services were supposed to be pre-financed by the caterers for at least a whole academic term.

Thereafter, the caterers would receive payment of their arrears of the previous term at least before the commencement or in the course of another term, it added.

The statement also reacted to some misinformation churned out by some caterers in the media which sought to create public disaffection for the social intervention programme.

It said, according to some of the caterers, the government was owing them for eight months without any attempt to settle them. “The truth is that the second term was still in progress and so it cannot be said that the government owe you ‘the caterers’ for that term.”

The statement however apologised to all caterers for the delay in the payment of their first term arrears and assured them that they would soon receive payment.

“Nevertheless, there are a few isolated cases of caterers who did not receive their 2019/2020 arrears in full including some of the caterers of the JHS hot meal due to some challenges. But those challenges the statement indicated are being addressed to ensure that all affected caterers received their remaining money”.