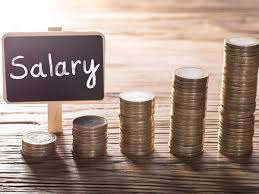 According to the politician, the minimum wage is to serve as a guide for employers to give remuneration due to their employees.

Therefore, he explained on JoyNews’ AM Show that it would not match the current economic situation.

“The key thing is that government minimum wage will always lag behind, that is a fact. It would never catch up with current situations because these negotiations have been ongoing for a long time. And the decision to increase this is not necessarily tagged to current times.

“This all started several months before today. And that is why government minimum wage will always, in fact, worldwide lag behind the times and that cannot be changed,” he said on Thursday.

Government has reviewed the minimum wage from ¢13.53 to ¢14.88, indicating a 10 per cent increment.
However, this upward adjustment is set to be effective on Sunday, January 1, 2023.

This comes on the heels of a continuous rise in inflation and depreciation of the currency which has caused periodic economic turmoil.

The situation which has generated overpricing of goods and services has compelled the Food and Agric Ministry to centralise the purchase of foodstuff where pricing can be controlled.

Meanwhile, social media users are unhappy about the increment.

According to them, a 10 per cent increment in the minimum wage is quite insignificant and does not match the current economic situation.

DISCLAIMER: The Views, Comments, Opinions, Contributions and Statements made by Readers and Contributors on this platform do not necessarily represent the views or policy of Multimedia Group Limited.
Tags:
Dr Adomasi Kissi
Minimum wage