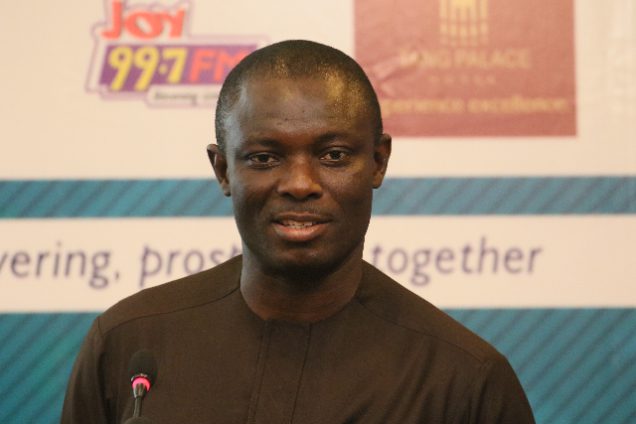 Chairperson of the Finance Committee of Parliament, Kwaku Agyemang Kwarteng, has asked government to consider reviewing the taxes on petroleum products.

According to him, such an action will be important for government to identify some of the taxes that may have outlived their relevance.

“The government should begin to look at the price build-up of petroleum prices in Ghana. We should look at the component. But that goes into sub-government agencies that may, in the circumstance, have to forgo those taxes.

“Government should do that review, and we can have a more holistic discussion about the taxes on petroleum and whether we want to keep them on petroleum or what we want to use the money from those taxes for,” he said in an interview with JoyNews.

Even though there are widespread calls for the urgent review of petroleum taxes, the former Deputy Finance Minister said he was not expecting it to reflect in the 2022 budget statement.

For him, the government must instead indicate that it is ensuring fiscal discipline.

“Under this budget, the government ought to signal that indeed, we are keeping a low on the fiscal and that we are not going to spend money we do not have, and are we not going to take steps that are going to reduce revenue,” he expressed.

The cost of fuel in the country has surged.

A litre of petrol and diesel is currently selling at ¢6.90 at major oil marketing companies across the country.

This is even after President Nana Akufo-Addo, in October this year, approved the removal of the Price Stabilization and Recovery Levies (PRSL) on petrol, diesel, and LPG for two months.

Fuel consumers have appealed to the government to take urgent steps in addressing the increasing price of fuel.

The latest to express frustration over the hikes in petroleum products are commercial transport operators.

Sixteen drivers’ unions have threatened to withdraw their services on Thursday if some taxes are not scrapped.

According to them, the energy debt recovery levy, road fund levy, energy sector levy, sanitation levy, and special petroleum levy serve no useful purpose and must thus be scrapped.

DISCLAIMER: The Views, Comments, Opinions, Contributions and Statements made by Readers and Contributors on this platform do not necessarily represent the views or policy of Multimedia Group Limited.
Tags:
Fuel Price Hikes
Fuel Prices
Kwaku Agyemang Kwarteng