Government needs to do more for the mental health sector – Dr. Akwasi Osei 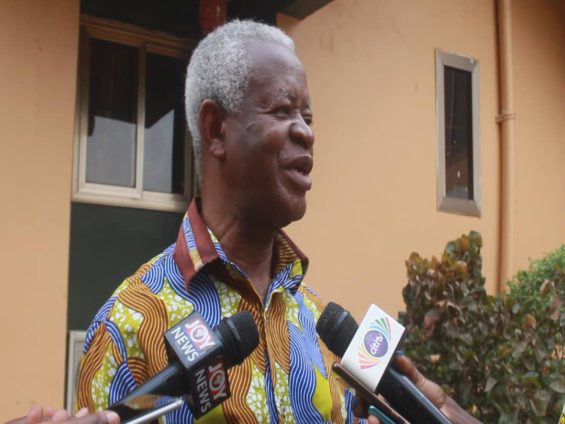 The Medical Director at the Accra Psychiatric Hospital, Dr. Akwasi Osei has raised concern over the shortfall of health personnel in the mental health sector.

He said Ghana with a population of 31 million has only 51 Psychiatrists instead of the required 150.

Prof Akwasi Osei added that the country also has only 20 Clinical Psychiatrists but requires about 100.

He said Ghana has eight occupational therapist instead of the 80 that is required.

Prof Akwasi Osei who raised these concerns at a two-day training programme for journalists in the Northern Region said even though Ghana has made some progress much needs to be done.

“Better now than a few years back, but generally not good enough. I will rate mental health 5 over 10 and a few years back I would have said 2 or even 1 over 10. Now government is giving a little more resources than we were getting in the past so we are happy now  because now every year we get something even though not adequate but at least something so there is some improvement,” he said

The workshop on the theme, ‘Strengthening and Transforming Mental Health Reportage in the Ghanaian Media Space’ was to equip the journalists with information on mental health.

Prof Akwasi Osei said the country has made some inroads in advocacy compared to the past.

This he attributed to the increase in supply of resources to the mental health sector.

He said the support though not adequate, has gone a long way to help these mental institutions.

He commended government for plans to establish two psychiatric hospitals in the middle and northern belt of the country.

This he said would impact positively in the country’s quest in addressing mental health issues.

“You remember government’s agenda 111, two psychiatric hospitals will be constructed one in the middle belt and one in the northern belt and even Accra Psychiatric Hospital is going to be pulled down and rebuilt so attention is gradually coming on to mental health,” Prof Osei said.

Speaking on proper reportage on mental health, Prof Akwasi called on journalists to be sensitive when it comes to their reportage on suicide.

He said giving vivid description of how the suicide was committed has the tendency to expose several others with the same intent to attempt it.

“There are many out there who have contemplated or planned and now are thinking of how to do it but do not have the courage or the know-how so if you vividly describe how another person went through and succeeded they would take it as an opportunity for them. So even though it’s a news item do not vividly describe the scene,” he said

This he described as copycat suicides.

He also expressed worry over jokes made with issues of suicide when reporting, especially in the local language.

What he said this does is, it takes out the original intent of the reportage which is to inform and educate.

Prof Osei called for the decriminalisation of suicide adding that such people need help and not to be criminalized.

“In the Criminal Offences Act, it is a crime, but science has advanced and we understand that about 90 to 99 percent of persons who attempted suicide actually have mental illness, out of which about 80 percent is depression.

He said they have begun lobbying Parliament to get the needed support to repeal that law.