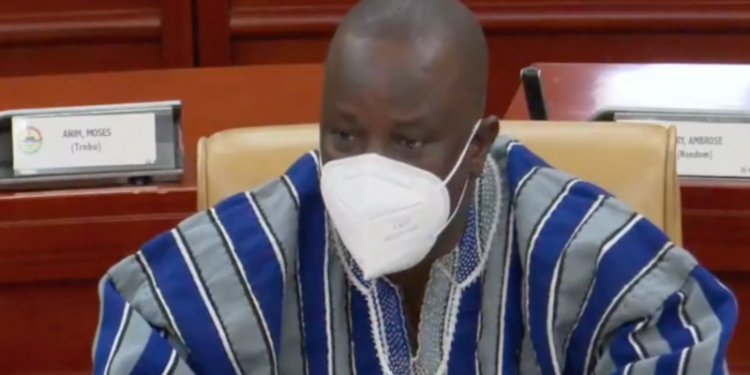 The Defence Minister-designate, Dominic Nitiwul has revealed that processes are underway to establish at least 15 military bases in the northern parts of the country.

Speaking to the Appointments Committee on Thursday during his vetting, he said the project is part of government’s effort to fight terrorisms that threaten the country.

The Bimbilla MP stressed that terrorism continues to linger in most West African countries, hence, there is a need for Ghana to take critical steps to ensure that its citizens are safe.

“The plan has gone very far, the procurement has gone very far, and very soon the President will cut the sod for that to ensure that we have a minimum of 15 operating military bases across the entire north. So that you and I are safe when it comes to the issue of terrorist attacks,” he said.

Meanwhile, the Bimbilla MP told Parliament’s Appointments Committee that government has already deployed soldiers to all the 16 regions in the country.

According to him, although it is a temporary initiative, it is part of government’s plan to have military presence in every region to ensure that Ghana’s territorial integrity is defended.

“As much as possible, the military wants to put a regiment in each region. When we had 10 regions, we had seven and the one in the Northern Region was taking care of all three regions in the north. But today, the plan is to ensure that there is military presence in each region.

“In fact, for the start, we have put military presence in all the 16 regions. We intend to ensure that we make it permanent. The Military presence will support the civil police and to ensure law and order across the country and make the citizens there safe.”

DISCLAIMER: The Views, Comments, Opinions, Contributions and Statements made by Readers and Contributors on this platform do not necessarily represent the views or policy of Multimedia Group Limited.
Tags:
Appointments Committee
Dominic Nitiwul
Military bases