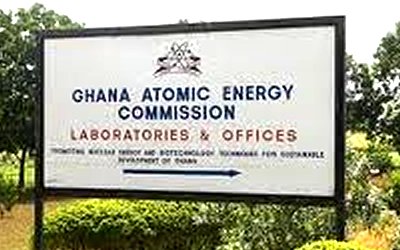 Workers of the Ghana Atomic Energy Commission risk not been paid in the coming months as punishment for the Commission’s failure to submit its 2011-2012 audited accounts in blatant disregard to the Financial Regulations Act.

A ranking member on the Committee, Ibrahim Dey Abubakari, told Joy News Public Accounts Committee will write to parliament for members to debate and adopt the Committee's recommendation asking government to stop giving money to the Commission. Parliament, he said, will then write to the Finance Minister to withhold budgetary subvention for the Commission as punishment for not submitting audited accounts.

He hoped the decision will be deterrent enough to the Commission and other institutions that fail to render proper account on subventions they got from the state.  He questioned why government should keep funding activities of Ministries, Departments and Agencies when they cannot render account to justify the need for more funds.

The Financial Regulations Act enjoins public institutions to furnish the Auditor General, audited accounts of operations three months after each financial year. But the Atomic Energy Commission has failed to do so.

Director of Finance at the Commission, Cyprian Bassing blamed obsolete and outmoded equipment’s for the anomaly but that was dismissed by the Committee and not even the intervention by the Chief Director of the Environment Ministry would save him.

In a related development, the Council for Scientific and Industrial Research (CSIR) also failed to submit audited accounts for 2011-2012.

Director General of the Council for Scientific and Industrial Research, Dr. Abdulai Baba Salifu blamed it on what he calls the unprofessional attitude of his staff.

He called for an overhaul of the civil service to make it responsive to modern times.

However, Ibrahim Dey Abubakari said the Committee is resolute to get all state institutions including Parliament to account for whatever money they received from the government.

“We are determined, not only the Atomic Commission, in fact all those who appear before the Committee. I think something must be done to stop all this irresponsible behavior that has brought the country to its brink of financial management. So something drastically must be done.”

He called for a concerted effort to ensure that Ghana’s money do not go down the drain.