GPL 2021/22: The teens and young guns blitzing the league - MyJoyOnline.com

GPL 2021/22: The teens and young guns blitzing the league 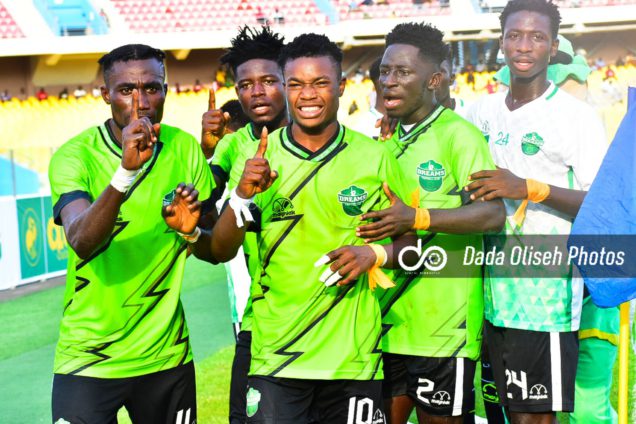 The 2021/22 Ghana Premier League season has witnessed the need spark to the campaign that football fans were hoping for after last season.

After six round of games and 52 games in the top-flight, 116 goals has been scored with Dreams FC scoring the most (13).

While Asante Kotoko and King Faisal have made headlines in the first few weeks of the season, some youngsters have also been on the front of some intensive attention for the right reasons.

While some have done great in the first six weeks, others have put in some outstanding performances for their teams and it is no surprise that they have been on the lips of many Ghanaian football fanatics.

In this piece, JoySports’ Kweku Lawrence take a look at five youngsters who have been shoulders above their mates in the league after six rounds of games.

By far the biggest import for the Premier League this season, Abdul Fatawu Issahaku has had the best of starts to life at Dreams FC.

Joining on loan from Steadfast FC, the 17-year-old has featured in four league games for the Believers so far in the 2021/22 league campaign.
In his four outings, Fatawu Issahaku has scored four incredible goals as Dreams occupy the fifth position after six games.

Issahaku has recently been lauded by Ghana’s all-time top scorer, Asamoah Gyan, who feels the youngster is the ‘best player in the league right now.’

The teenager’s impressive accuracy from long distance has been a weapon in his game and there is no doubt he could go on to score more should he keep this consistency.

Kumasi Asante Kotoko’s impressive start has been down to one – Isaac Oppong.
Having had impressive numbers in Ghana’s Division Two last season, the 18-year-old sealed a move to the Porcupine Warriors before the start of the season.

Left of the starting lineup for the first game, Oppong came from the bench to record a goal and two assists as Kotoko beat Dreams FC at the Accra Sports Stadium, becoming the first player to do that this season.

He followed up that with two goals in the next games as Kotoko kept their momentum until the game against King Faisal, where they lost.

Oppong’s start to life in the topflight, for someone who has moved from the Division Two is obviously commendable and he can only get better with time.

A hat-trick against Asante Kotoko has seen Zubairu Ibrahim get the attention he has deserved for quite a long while.

With just 6 games played so far this season, the 17-year-old is just three goals shy of his tally from 24 games last season (7).

Zubairu has found his feet in the King Faisal team and is expected to play a vital role for the Insha Alla lads having scored four goals so far.

If his performance against Kotoko is anything to go by, the teenager will indeed be watched by the topmost clubs in the country as well as other clubs from the continent.

He became just the fourth player to score a hat-trick against the Porcupine Warriors since the introduction of the Ghana Premier League – joining the likes of Kwame Obeng Darko (Liberty Professionals 2005), Emmanuel Clottey (Great Olympics in 2006-07) and Reginald Asante (Bechem United, 2011-12)

Another player who deserves a mention is Accra Lions’ Rauf Salifu.

The 19-year-old helped the Lions earn promotion to the Ghana Premier League from Zone Three of the Division One League.

After scoring on his Premier League debut for Accra Lions, Salifu has gone on to score two more goals in addition, ensuring that he has scored 50% of the club’s goals so far after six games.

A bright start to the league season means the forward is another youngster to keep an eye as the season goes on.