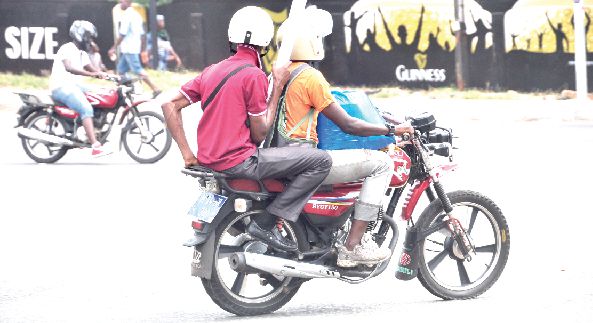 The National Chairman of the Ghana Private Road Transport Union (GPRTU), Nana Nimako Bresiama, is calling for the enforcement of the law banning motorbikes and tricycles from operating commercially.

Speaking to JoyNews he said that the overwhelming increase in road accidents is partly due to the use of motor and tricycles for commercial purposes.

His comment comes after it was reported that out of the 800 deaths from road crashes in the first few months of 2021, motorbikes and tricycles contributed to over 300 of the deaths.

Mr Bresiama explained that many of the riders do not obey traffic regulations and resort to using unapproved routes and/or passing while red lights are on.

He said that the law lays idle while these modes of transportation are adding to the number of deaths are being recorded.

The country will only have setbacks if the laws are not implemented as they should, he added.

The GPRTU Chairman said that he knows operating motorcycles commercially are some people’s means of survival, however, he believes it does not need to be encouraged if it will lead to deaths.

He said that if people are engaged in illegalities they do not have to be encouraged to continue, the laws, he added, must work.