Grammys 2021: The biggest snubs and surprises 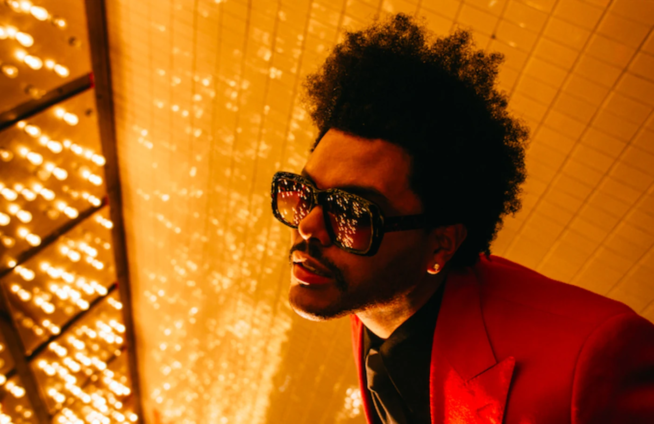 The Weeknd (Image via Publicist)

Every year’s Grammy nominations brings its share of snubs and surprises. But this year also brought some absolute shockers. Take a look:

Snub: The Weeknd, whose propulsive “Blinding Lights” is one of the year’s biggest and best hits, wasn’t nominated in any category. The Weeknd had better luck five years ago when he was up for seven awards, including album and record of the year.

Surprise: The deluxe edition of Black Pumas’ eponymous debut album was nominated for album of the year. This is surprising on two counts. The album wasn’t a big hit. It peaked at No. 200 on the Billboard 200. And the regular edition of the album was released and entered in this category last year.

It wasn’t nominated, though it was on the strength of that album that the duo was nominated for best new artist last year. According to the Recording Academy, the deluxe edition contained enough new material to enable it to be considered again this year. Black Pumas are also nominated for record of the year and best American roots performance, both for “Colors.”

Snub: Harry Styles was passed over for record, album and song of the year — though Styles received some consolation prizes — his first three Grammy nods (solo or with One Direction) for best pop solo performance (“Watermelon Sugar”), best pop vocal album (Fine Line) and best music video (“Adore You”).

Would Styles have had better luck if his camp had entered “Watermelon Sugar” for record and song of the year rather than “Adore You”? We’ll never know.

Surprise: Jacob Collier’s fourth album Djesse Vol. 3 was nominated for album of the year even though it has yet to crack the Billboard 200. Collier was also nominated for best R&B performance for “All I Need” (featuring Mahalia and Ty Dolla $ign) and for an arrangement award. (Collier has won four arrangement Grammys in past years.)

Snub: Luke Combs’ sophomore album What You See Is What You Get was the first country album to log multiple weeks at No. 1 on the Billboard 200 in five years. Even so, it was passed over for an album of the year nod.

Country was almost completely shut out in the Big Four categories. Maren Morris’ “The Bones” was overlooked for both record and song of the year. Gabby Barrett and Morgan Wallen were passed over for best new artist nods. Ingrid Andress, whose tender “More Hearts Than Mine” was a crossover hit, is country’s sole representative in the Big Four categories. She’s up for best new artist.

Snub: BTS’ “Dynamite,” the group’s first No. 1 hit on the Hot 100, was passed over for a record of the year nod — though it was nominated for best pop duo/group performance. The Grammys have an aversion to shiny, commercial pop music in the record of the year category — no matter how well made it is.

In recent years, One Direction’s “What Makes You Beautiful,” Justin Timberlake’s “Can’t Fight the Feeling!” and Jonas Brothers’ “Sucker” were also passed over in that category. K-pop fans had a second disappointment when Blackpink was passed over for a best new artist nod.

Surprise: Kaytranada, a Haitian-Canadian DJ and record producer, is nominated for best new artist. Kaytranada’s second album as an artist, Bubba, was released in this eligibility year. It reached No. 56 on the Billboard 200. Kaytranada is also nominated for two awards in the dance/electronic music field.

Snub: Pop Smoke came up short in his bid to become the first artist to receive a posthumous best new artist nomination. His first full-length album, Shoot for the Stars, Aim for the Moon, has spent two weeks at No. 1 on the Billboard 200, but this category has always been future-focused.

Snub: Fiona Apple’s Fetch the Bolt Cutters has a sky-high 98 rating at Metacritic.com, the review aggregation site. That’s higher than any other 2020 release. The album is nominated for best alternative music album, but it was but was passed over for an album of the year nod.

Surprise: Coldplay received its second album of the year nod for Everyday Life 12 years after it landed its first for Viva La Vida or Death and All His Friends. It’s unusual for an act to regain its album of the year mojo after an extended break.

Snub: Travis Scott’s “Highest in the Room” was passed over for a record of the year nod, just as “Sicko Mode” (a collab with Drake, Big Hawk & Swae Lee) was passed over two years ago. Scott’s only Big Four nod to date came four years ago as a featured artist on Bieber’s Purpose.

DISCLAIMER: The Views, Comments, Opinions, Contributions and Statements made by Readers and Contributors on this platform do not necessarily represent the views or policy of Multimedia Group Limited.
Tags:
Grammy Awards
Grammy Awards 2021
The Weeknd