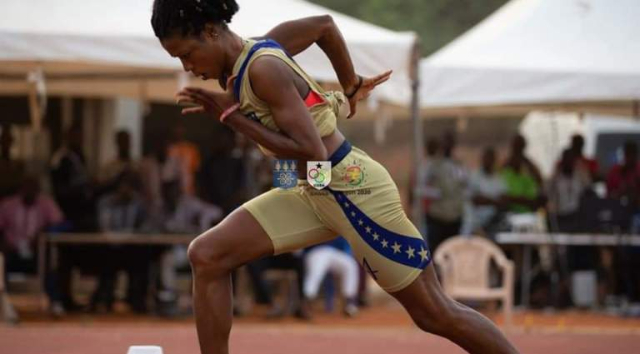 University of Ghana’s Grace Obour stole the show on Day 2 of Athletics at the ongoing GUSA games as she emerged the winner of women’s 400m race by setting a new record.

Grace Obour powered through the finish line to win gold with a time of 53.07s, breaking the record set last year by University for Development Studies’ Rafiatu Nuhu at the Mini GUSA held in Tamale.

The bronze medalist at the 2019 African Games was unstoppable as she galloped, leading the pack from start to finish with her closest competitor being former champion Rafiatu Nuhu.

Although Rafiatu Nuhu finished the race in second place, it was an improvement of the 53.30s record she set last year.

Finishing third in the race was Aduntira Grace who is also from UDS.

In the men’s event, the 46.75s record set by George Effah five years ago still stands as University of Education Winneba’s Owusu Gad crossed the line first to take gold.

Owusu ran a strong race despite being a bit behind his fellow racers at the start but gallantly pulled ahead at the end with Addo Frank of UDS and Abdulai Razak of University of Cape Coast coming in second and third respectively to bring an end to the 400-meter event.

Ali Latifa of University of Cape Coast clinched gold in the women’s 200m race. She finished the race in a time of 24.1 seconds.

Sarah Koomson, also from University for Development Studies won gold in the women’s 5000m. It was an impressive performance on her part as she deservedly won the medal.

Also on Thursday, University of Education, Winneba proved too strong as they picked up gold in the men’s 4X400m. University for Development Studies won the women’s division.

University for Development Studies won another gold, this time in men’s javelin thanks to Kingsley Darko Aning.

DISCLAIMER: The Views, Comments, Opinions, Contributions and Statements made by Readers and Contributors on this platform do not necessarily represent the views or policy of Multimedia Group Limited.
Tags:
Grace Obour
GUSA