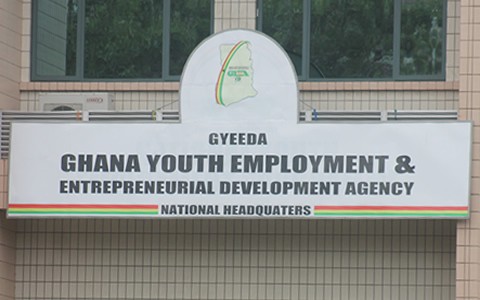 Lawyers for the Chief Executive of Goodwill International Group (GIG), Philip Akpeena Assibit, who is standing trial for allegedly defrauding the state, on Thursday continued with their cross examination of the first prosecution witness, Nuru Hamidan.

Lead lawyer, Raymond Bagnabu is seeking to discredit the testimony of Mr. Hamidan who is a former deputy coordinator of the National Youth employment Programme (NYEP), the agency to which the accused made various claims and received payments thereof.

A former National Coordinator of the Programme, Abuga Pele and Mr Assibit are facing 19 counts of defrauding by false pretences, internationally causing loss to public property, wilfully causing financial loss to the state and abetment of crime.

They have both denied the charges.

Mr. Abuga Pele is alleged to have, without authorization, signed a Memorandum of Understanding with the GIG on behalf of the NYEP, now the Ghana Youth Employment and Entrepreneurial Agency (GYEEDA), providing grounds for Mr. Philip Assibit to claim and be paid huge sums of money.

State prsecutors allege that the GIG claimed to have provided consultancy services on exit strategies for GYEEDA (then NYEP), financial engineering leading to the World Bank approving a $65 million grant to GYEEDA and “recruited and trained 250 youth to support the implementation of what was referred to as the world Bank funded Youth Entreprise Development Programme (NYED).”

The State Attorney told the court that Mr. Assibit’s claims were false but were justified by Mr. Abuga Pele.

Prosecution witness Nuru Hamidan gave testimonies to support the state's claim that Mr. Assibit “was never appointed a consultant to NYEP (now GYEEDA), he has not provided any exit plan and strategy for [GYEEDA] modules;…and he has not conducted any financial engineering for the approval of a World Bank facility of $65 million as claimed and supported by…[Mr Abuga Pele].”

During his cross-examination, Mr. Bagnabu, lawyer for Philip Assibit pointed out that the witness' accounts to the court were deliberately selective.

He tried to rely on a statement by former Youth and Sport Minister, Clement Kofi Humado, at Ministerial Meet the Press. The Youth and Sports Ministry exercised supervisory jurisdiction over the operations GYEEDA.

Mr. Humado said at the press briefing held on December 8, 2011 that the Ministry had "sought to move away from the over emphasis on the traditional module of funding the Programme to seeking partnership and grants from the Donor Community.  In furtherance of this objective, the Ministry established a Business Advisory Unit under the Programme to identify business opportunties for beneficiaries and link them to micro credit schemes and markets under the World Bank. This Unit gave birth to the Youth Enterprise Development Project which is an initiative between the NYEP and the World Bank facilitated by the Goodwill Group and MDPI, Consultants to the Project. After several submissions and presentations, the World Bank has pledged to offer a grant of sixty five million dollars ($65million)  for the project to support one million youth over three years mainly in Agriculture, ICT, housing and general infrastructural development and other related businesses."

The lawyer read part of the minister's speech and suggested to Mr. Hamidan that Goodwill International indeed facilitated the process for GYEEDA to secure a $65 million grant from the World Bank.

The witness said he was unaware of Mr. Humado's comments and therefore not nither deny nor accept the contents.