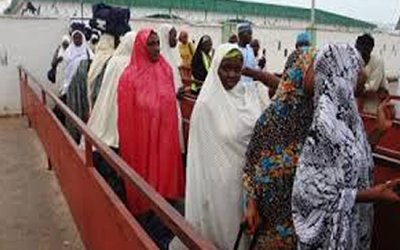 The disease, which came irito prominence last year, has so far in­fected 136 individuals as of October 4 and killed 58 persons since April 2012, according to the World-Health Organisation (WHO) laboratories in the Middle East region.

For this year’s Hajj, Dr William Gyau,Dwamena of the St. Anthony Catholic Hospital, Dzodze, who spoke to The Finder on the possible conse­quences of the virus for Ghanaian Hajj pilgrims, reiterated the WHO’s advice to the elderly, people with existing health conditions, pregnant women and young children to stay away.

Most cases and deaths have been in Saudi Arabia, where an estimated two million Muslims have already arrived for the annual Hajj pilgrimage to the holy cities of Mecca and Madinah.

According to him, the pilgrims are at risk -of bringing the disease to Ghana undetected and that may result in the virus getting into the larger pop­ulation.

A statement issued by the WHO at its International Health Regulators’ (IHR) meeting held on July 17, 2013 said MERS is currently not a condition fos a Public Health Emergency of In­ternational Concern (PHEIC).

While not considering the events currently to constitute an international concern, members of the committee did offer technical advice for consid­eration by WHO and member states on a broad range of issues!

It also recommended improved data collection and the need to ensure full and timely reporting of all con­firmed and probable cases of MERS-CoV to WHO in accordance with the IHR (2005).

MERS Coronavirus, which is sim­ilar to Severe Acute Respiratory Syn­drome (SARS), has symptoms such as fever, cough and shortness of breath, and starts about two weeks after contraction.

Dr Dwamena was worried that Ghana may not be well equipped to handle a pandemic should there be an outbreak of the MERS Coronavirus, and health workers being the frontline staff may be at risk the most.

“Though the Saudi authorities is­sued a statement regarding the pil– grimage this year, has Ghana paid any attention?” he asked.

Dr Dwamena cautioned the Min­istry of Health to ensure that necessary measures are put in place to deal with the situation when the pilgrims arrive back in the country.

He added that regular hand wash­ing with water and soap, use of alco- hol-base sanitizers and covering the mouth with a tissue or handkerchief when sneezing could help prevent the spreadof infection.

He also said people should avoid touching their eyes and nose and avoid close contact with people who exhibit the symptoms of the disease.