Halle Berry and Michael B. Jordan offer support to Megan Thee Stallion after she reveals details of shooting - MyJoyOnline.com

Halle Berry and Michael B. Jordan offer support to Megan Thee Stallion after she reveals details of shooting 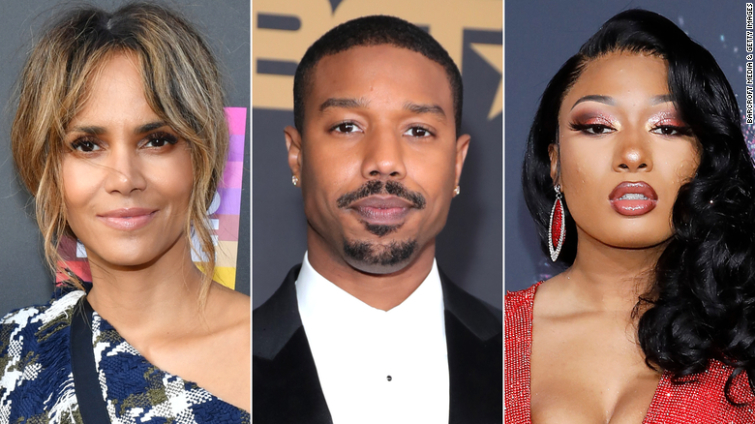 Celebrities across Hollywood are coming to Megan Thee Stallion’s defence after she shed more light this week on her July shooting.

During an Instagram Live stream on Thursday, “WAP” rapper Stallion publicly accused Canadian rapper Tory Lanez of shooting her in the feet — adding more details to her original account of the July incident.

“You shot me,” she said, addressing Lanez in her video. “And you got your publicist and your people going to these blogs lying… Stop lying. Why lie? I don’t understand.”

Stallion didn’t initially state that Lanez was behind the shooting. But after speaking out, she has received support from several celebrities who point to the incident as another example of Black women protecting Black men — without reciprocation.

In a Friday evening tweet, actor Michael B. Jordan told Stallion he admired her.

Before Stallion’s allegations this week, other celebrities like Janelle Monáe and Rihanna offered their support in July, when it was first revealed that the rapper had been shot.

CNN has reached out to Lanez representatives and to representatives for Stallion for comment. CNN has asked Lanez’s publicist about Stallion’s allegations but has not received a response.

Lanez, whose legal name is Daystar Peterson, was arrested and charged at the time of the incident with possession of a concealed weapon, but he has not been charged in connection with the alleged shooting.

He has not commented publicly on Stallion’s allegations.

The investigation is ongoing, Ricardo Santiago, a spokesman for the Los Angeles District Attorney’s office, told CNN on Friday.

Stallion has said she was in a car in a Los Angeles neighborhood in July with a friend, Lanez and a member of his security team when an argument ensued.

Stallion alleges she had gotten out of the car and started walking — since they were not far from a house where she was staying — when Lanez shot her in both feet.

In the weeks leading up to the incident, the pair had been seen hanging out together frequently, per their respective social media accounts.

Los Angeles Police Department officers responded to a call regarding shots fired at around 4:30 a.m. on July 12 in the 1800 block of Nichols Canyon Road, the department said in a July 15 news release.

Following their investigation, police arrested Lanez and charged him with having a concealed firearm in a vehicle, the news release states.

The singer was booked into a Hollywood jail and bonded out later in the day, police said.

Stallion was taken to a local hospital, where she said she later had surgery to remove bullets from her feet.