He raped me, but I went out with him again - MyJoyOnline.com

He raped me, but I went out with him again 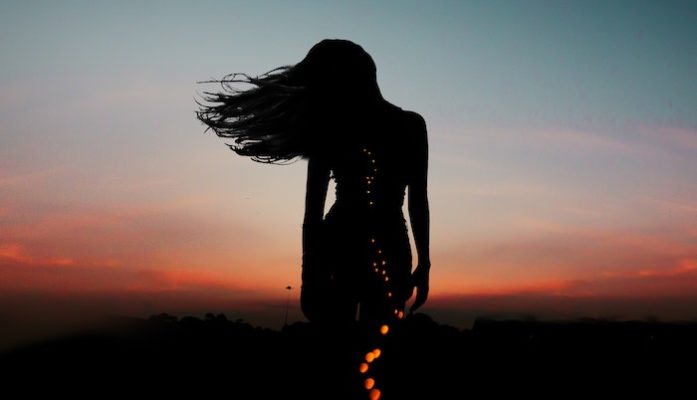 My rapist’s name was Luke. Lovely Luke with the green eyes. That’s what all the swooning girls at college who hung on his every word called him.

He had long, carefully managed dark locks that juggled around his head when he spoke, in his soft seaside town twang.

I met him in my last year at college, predictably at the senior’s ball. He was the only one left dancing on a deserted floor and he swung those curls from side to side as he inched ever nearer to me, until I realized I had a new dancing partner.

I think I gave him my number. We barely talked over the loud throbbing music. Maybe he bought me a beer, I don’t remember. He wasn’t memorable for his blinding personality, his clever turn of phrase or his seductive charm. I remembered him for other, darker reasons.

We went on a date, my first with a college boy. Before him, I hadn’t had many boyfriends or dates for that matter, so I wasn’t well-versed in dating: what one wore, drank, said, did. In my head, I was still the hick girl from Belfast, despite having lived in London for two years at that point.

RELATED: I Was Sexually Abused By A Teacher

We met in Covent Garden, a tragic London tourist spot for those with no imagination. It was so crowded I remember thinking he’d never see me. He did. He led me to an underground bar called Freud’s that I assumed was cool and sophisticated because, well, he said it was.

He wore leather braids on his wrists, jangling chains around his neck, and some awful denim shirt that he tucked into his denim jeans. I was nervous so I babbled to fill the lulls in the conversation. He thought I looked like an actress from the telly and kept asking me to repeat words and then would laugh at my British accent.

Like some ridiculous puppet, I played his game, repeating my words and then drinking up his laughter, so pleased this handsome boy was impressed by me.

He suggested we go to his place, a shared student flat he said was on the Bakerloo Line. At that time, I was living in some godawful flatshare above a kebab shop and was secretly scared of the walk home from the tube.

On my student grant, a taxi was out of the question (way too expensive) and normally I always stayed at friends’ houses if we all went out, because I feared walking home on my own. So his suggestion that I sleepover — and I know this sounds odd — felt safe.

I don’t remember when he first kissed me. He told me I had ‘sexy’ breath — and then kissed me more. I know I wasn’t drunk but I wasn’t totally sober, either. The details of his room escape me, except that his mattress was on the floor and there were pictures of him and some bikini-clad babe on a camping trip around the room.

RELATED: Yes, You Can Be Raped By Your Husband: It Happened To Me

We began kissing and with sudden speed and deftness, he had my clothes off.

I remember gripping my underwear, trying desperately to hold onto it as if it was my own little security blanket. But it was going to be fine because we talked about ‘not’ having sex. I said that I didn’t want to, and he said it was okay if we just fooled around a bit. Up until that point, all I had done was kiss him … I hadn’t touched his body, taken off his clothes, nothing.

He went with it. Until he didn’t.

Soon, he began tugging at my underwear, kissing me harder, and becoming more aroused. I remember saying no. I said no. I tried but he kept kissing me. I jammed my legs together. I knew he had roommates. I could have screamed out, run out but I felt foolish. I was there. In his bed. Almost naked. What would I say and where would I go?

Finally, he used his knee to flatten one of my legs against the bed, then leaned his full weight on me. He was stronger than he looked. Then, he was inside me. I just lay there, in shock, thinking, ‘But I said no … we agreed.’  He was talking while doing it, saying something about he knew I wanted to, deep down.

I felt so stupid. How could I expect to get naked and then say no? Was I one of those prick teasers? Did I mean yes?

I curled on my side and lay awake the whole night. I was bruised and sore. In the morning he tried to kiss me and I shut my lips tightly. Embarrassed, I dressed and raced out the door. I had to get home and pack; I was off to Cambridge for a school friend’s 21st birthday. There, in the comfort of two female friends, I wept.

He rang. And yes, I saw him again. That is the strangest part of my story. I needed to rationalize what happened in my brain. Lovely Luke with the green eyes, who everyone adored, he couldn’t be a rapist, could he? No … it was my fault. Had to be. And I felt exactly as blogger Tucker Reed described in this essay: “The part of me that wanted sex to be a meaningful experience had ‘repurposed’ my rape into an act of love.”

ADVERTISEMENT Relationships can be hard. Talk about it in therapy. Sign up and Get 15% off online therapy.

I never had sex with him again. On this I am clear. He came to a house party my roommates threw and I was determined to make this situation normal. I was determined to make “us” into something more than what we had been. I decided I had behaved wrongly, that I hadn’t done what you should do on dates and I was sure, in my own space, in my own room, I could make everything right. I had my period, so he slept next to me. He didn’t try and have sex with me.

RELATED: Woman Learns Husband Has Been Raping Her In Her Sleep After Finding Videos On His Phone

We spoke once more on the phone and then about 6 months later I saw him at a party. He was dancing with every girl in the room and flirting as if his life depended on it. Lovely Luke with the green eyes. Every girl’s dream.

My periods stopped due to stress and I ended up at the doctor, filled with anxiety.

But it wasn’t until three years later that I accepted what happened to me.

I was with another boy, a kind boy, someone who knew me well. We’d started to sleep together and something he did, a small inane gesture took me right back. In the darkness, my rape flooded back and with it, my fear. He held me in his arms as I sobbed and sobbed. He told me that what happened was wrong. That it wasn’t my fault. IT WASN’T MY FAULT. I said no. NO.

The worst part about my story was telling it to others and realizing that many women had a similar tale to tell. One of blurry nights and protestations and ‘I tried to say no’ and fear and then, the ridiculousness of it all, because who goes on dates with their rapist?

I am in awe of any woman who is brave enough to share their story and refuse to accept what happened, no matter how hard and how long we’ve blamed ourselves.

Luke — and I don’t know his last name — was my rapist. It is what it is. No means no, no matter when we say it or what we are wearing at the time or even if we’re in your bed naked. No is no. Plain and simple.