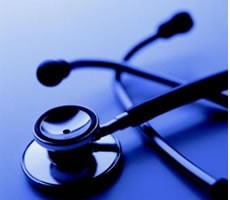 Visiting a doctor for a general check-up is unlikely to lead to a condition needing treatment being identified, but may cause undue stress, say experts.

The Danish researchers that carried out the latest review, which involved more than 180,000 patients, say doctors should stop offering such check-ups.

Health MoTs did not reduce deaths overall or deaths from cancer and heart disease, according to their review.

In England, people aged 40-74 are offered a free health check.

The initiative, launched in 2009, is designed to spot conditions such as heart disease, stroke and diabetes by looking for silent risk factors such as high blood pressure and cholesterol.

Ministers have said the scheme could save 650 lives a year.

But the latest findings suggest routine checks may be a waste of time.

This could be because of the types of people who take up the offer of screening, say the researchers.

It may be the “worried well” – people who are fit and take an interest in their own health – who attend while those who are at high risk of serious illness keep away.

Or it might be that genuine health problems are spotted at other times – when patients present with symptoms, for example.

Lead researcher Lasse Krogsboll, of the Nordic Cochrane Centre in Denmark, said: “A likely explanation is that physicians are doing a good job of preventing illness anyway.

“From the evidence we’ve seen, inviting patients to general health checks is unlikely to be beneficial.

“We’re not saying that doctors should stop carrying out tests or offering treatment when they suspect that there may be a problem.

“But we do think that public healthcare initiatives that are systematically offering general health checks should be resisted.”

He said any screening programme should be able to prove the benefits outweighed any potential harm, such as anxiety or over-treatment.

A Department of Health representative told BBC News: “By spotting people who are at risk of heart attacks, diabetes, stroke and kidney disease we can help prevent them.

“The NHS Health Check programme is based on expert guidance. Everyone having a health check is offered tailored advice and support to manage or reduce their risk of developing serious health conditions. ”

The review looked at health checks offered in a number of countries, including some pilot trials in the UK a decade or more ago.