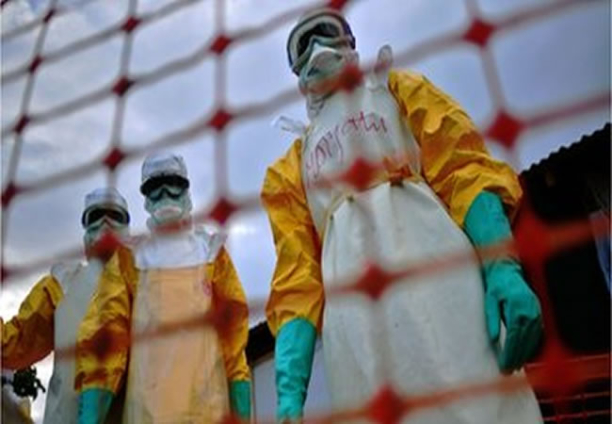 The Director General of Ghana Health Service has appealed to corporate bodies and foreign missions to support the country’s Ebola management preparations.

Dr. Ebenezer Appiah-Denkyira said government alone cannot fund the cost of managing a possible Ebola outbreak in the country, with its attendant economic implications to other sectors.

In particular ,he said Personal Protective Equipment (PPE) for health workers and other logistics for intensified surveillance on the deadly virus are key.

Government last Thursday said it has directed the release of GHC 6 milllion to fight West Africa’s deadliest epidemic, Ebola. Apart of the allocation is to be used to procure 10,000 protective gears for frontline workers in health, immigration and other agencies who are most likely to encounter a possible victim.

The Director of the Ghana Health Service told Kumasi-based Nhyira FM’s Ohemeng Tawiah, “people are looking at only government…government can do some but not all. So we beg the corporate bodies to help…we met the embassies. All the embassies came, we told them this one [Ebola] it’s not just a disease. It has implications for just the economy”.

He said the cost of treatment in countries that are battling the disease is "very high".

The Ghana Health Service has so far placed an order for 10,000 PPEs.

Meanwhile, Accra has received its first isolation centre as the Health Ministry.

The Health Ministry opened the doors to the Kotoka International Airport's isolation centre to journalists as the medical staff conducted a simulation exercise to test their readiness to handle an Ebola case.

International Health Regulation Focal person and Coordinator of Port health, Michael Adjabeng explained to Joy News' Francis Abban that the facility is only "a holding facility and not a treatment centre".