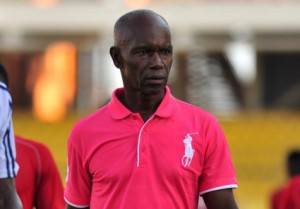 Head coach of Inter Allies Herbert Addo has taken a swipe at referees claiming they influence results of games.

“The away matches that we have played have been really difficult for us because in the first half you see the players playing very well but because the results are already there no matter how you play you can’t win as an away team,” he told Asempa Sports.

“We lost against Medeama but the way and manner the goal came in the 97th minutes, it really sad because we as an away team did anything possible to win but since you are playing away you can’t.”

The 2010 league winning coach further added such decisions could speed up his retirement process.

“Most coaches will make every effort to win because there is a possibility that you can lose away in football but the trend here in Ghana football is very bad and if it continue like this, I will retire because the referees are not helping to promote our league.”

“The authorities in our football should wake up and punish referees who don’t officiate matches properly because we want Ghana football to move forward and not because Inter Allies lost to Medeama but we want the best out of our league.”

After nine matches played, Inter Allies have 8 points and lie 15th on the league table.