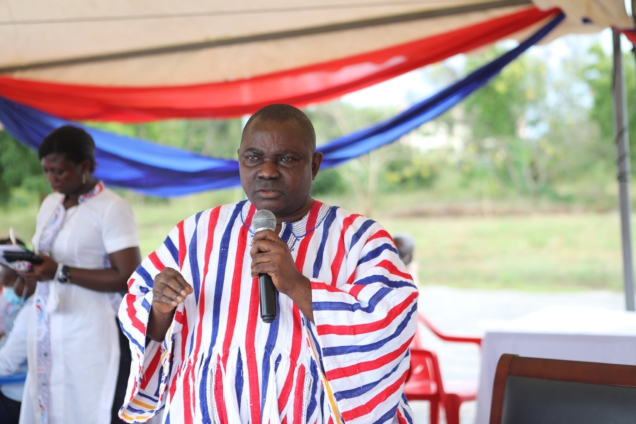 A Cape Coast High Court presided over by Her Ladyship Patience Mills-Tetteh has restrained the Vice-Chancellor of the University of Education, Winneba, from forcing its Registrar to go on ‘accumulated leave.’

The Vice-Chancellor, in a letter, directed the Registrar to go on his accumulated leave, a directive the Registrar of the University vehemently contested.

Even though the Human Resource Division of the University wrote back to the Vice-Chancellor of the University indicating that the Registrar had accumulated no leave, the university authorities went ahead and appointed Mrs. Wilhelmina Tete-Mensah in an acting capacity.

The Registrar, who had refused to proceed on leave, was subsequently locked out of his office and had to operate from outside.

According to Yaw Osei Adutwum, although he appreciated the prerogative of the management of the university to decide when its staff must take their annual leave, a perception of unfair treatment had been raised, hence, his intervention.

Tension began to rise at the university to the point that the Efutu Municipal Assembly also wrote a letter to the Registrar to go on the purported leave to reduce the tension simmering there.

The Substantive Registrar, Paul Osei Barima, then sought an injunction at the Cape Coast High Court to restrain the Vice-Chancellor from embarking on such an enterprise.

The defendant, the University of Education, Winneba, first raised jurisdictional issues, but the court shot it down and stated that it had jurisdiction to entertain the matter before it, and slated the ruling for July 29th, 2022.

The Court presided over by Her Ladyship Patience Mills-Tetteh restrained the University from forcing the registrar to proceed on leave with immediate effect. The Registrar, Paul Osei Barima, is expected back in office on Monday after being locked out of his office for nearly three months.