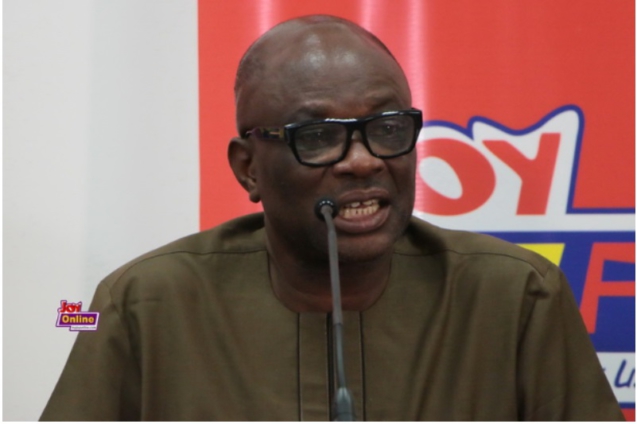 He said the unaffordable taxes at the Ports makes corruption a much enticing deal for people and organisations that conduct businesses via the Ports.

According to him, the 19 duties and levies that are charged at the Ports are the highest in the sub-region; making it more preferable to conduct business using the backdoor.

Speaking on JoyNews’ PM Express, he said, “if you compare in the sub-region or even in the world, we are about the most taxed importers in the whole of the world.

“You cannot do the right thing when our tax system is unaffordable because if tax is not affordable there’s no compliance. People go behind and then do whatever they want to do,” he added.

He further lamented the abusive use of Custom’s discretionary powers at the Ports.

“So first, the taxes that we pay are astronomically high and it induces people to go up. And then there’s discretion, a lot of discretions at the port. And then people tend to abuse those discretions. There’s no equity and fairness where people have exemptions that others do not have.

“So when you go for a particular product where the duties would have been uniform, there’s no uniformity even in the duties. So people actually shop, they go around and shop for what is cheap,” he said.

Dr. Obeng noted that the abuse of discretion at the Ports is what has led to some importers under-declaring their imports.

According to him, Customs officers tend to upgrade invoice values using their discretionary powers, thus creating more costs for importers.

“So whatever amount whether its correct or not then the discretion on the part of the customs officer at his own will will say that that value you brought has been upgraded. So when you do to the person who has brought the correct invoice, the next time when he’s bringing it, he’ll say that whichever amount I’m going to submit to these people they’re going to upgrade it so let me reduce it so that when they upgrade it, it will come to normal,” he said.

His comments were in relation to the investigative report released by the Office of the Special Prosecutor earlier this week which revealed that Labianca Group of Companies, a frozen foods company owned by a member of the Council of State, Eunice Jacqueline Buah Asomah-Hinneh had a shortfall in import duties in excess of over a million Ghana cedis.