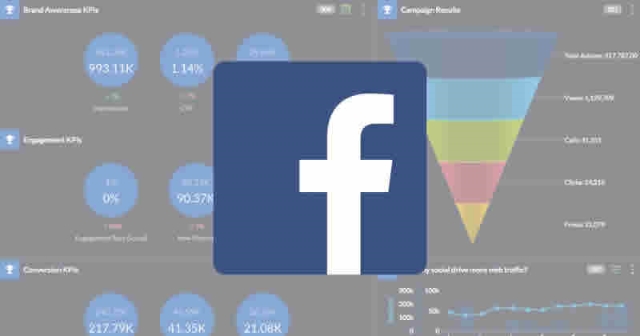 Although you may not want to add to the trauma of the moderation staff who spend their days monitoring the worst of Facebook, disturbing and inappropriate content gets posted to the social network each and every day, and the company’s automated software is woefully ill-equipped at finding it and even worse at properly evaluating it.

So how do you as a user report a post, message, photo, or other item on Facebook that you believe should be pulled?

Well, the first place to go is Facebook’s own page discussing how to report a violation, rather vaguely titled “Report Something.” The page begins, “We’re sorry you’re having a bad experience on Facebook, and we want to help.” The guide has some broad suggestions on how to handle various situations and tools to get the process started, such as how to let the company know that someone is using Facebook to harass, spread hate speech, or otherwise violate its myriad rules and content policies.

REPORT ON HATE SPEECH OR OTHER PROBLEM POSTS

To report something that you feel goes against Facebook’s Community Standards, the process is relatively simple:

You should get a response within a reasonable amount of time, either just thanking you for your feedback (in which case, probably nothing was done) or stating the action that was taken. It can be effective: I once reported a post for hate speech (along with several other Facebook users) and received a notice the next day saying that the post had been removed.

If you haven’t heard anything, you can check the status of your reports by going to the Support Inbox.

REPORT ON AN IMPERSONATION 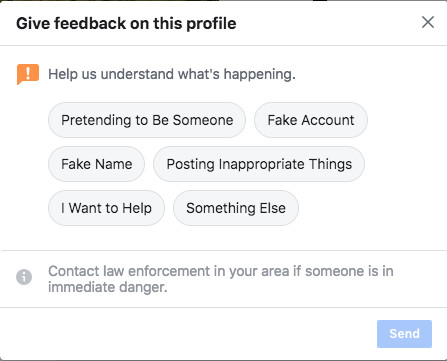 There are, of course, times when the situation is too serious to simply send a message to Facebook and hope it handles it. Whenever you send a report to Facebook, a message at the bottom of the report box asks you to contact law enforcement — for example, if someone is in immediate danger, or if the image is of a child being abused.

This is actually something I’ve taken advantage of several times — not because an ad was egregiously offensive, but because it was highly irritating or had repeated on my timeline so many times I couldn’t bear to look at it again.

IF YOU SEE SOMETHING, SAY SOMETHING

There are a number of other things you can do if you’re bothered by an obnoxious Facebook post or user. If you click on the three dots to the top right of a post, you can hide that post, hide the person from your timeline (or just snooze them for 30 days), or unfollow them. If you click on the three dots on a person’s profile, you can block them. And if things just get too annoying to deal with, you can always simply delete Facebook.

But under the presumption that you don’t want to leave Facebook entirely, your best option if confronted with something nasty is, according to Facebook, to report it. While you won’t be making the moderators’ lives any easier, you might prevent other Facebook users from having their days ruined.

Someone who wants to get at you for political, personal, or other reasons might use Facebook to impersonate you by creating an account with a name similar to yours and trying to make people believe it’s authentic. If somebody is masquerading as you on the platform, you can report that specifically to Facebook: