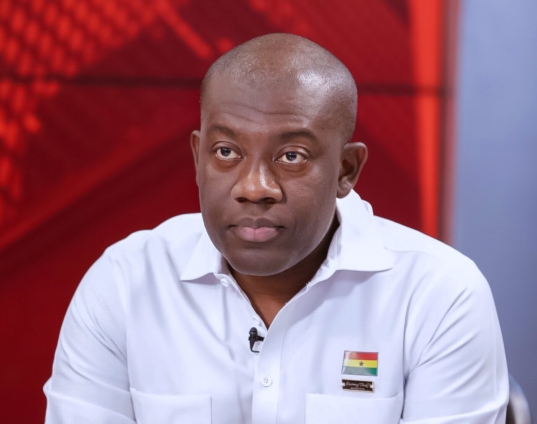 Information Minister, Kojo Oppong Nkrumah has said that he cannot confirm if ‘galamsey’ kingpin, Aisha Huang, was escorted while being repatriated to China four years ago.

The Ofoase-Ayirebi lawmaker while confirming in an interview on Joy FM‘s Newsnight that Aisha Huang, was indeed repatriated to her country, said he currently “has no brief” which suggests that there was an escort on that journey.

The MP, nonetheless, indicated that his brief gives credence to the fact that Aisha Huang was sent back to her country.

On September 12, 2022, the Ranking Member on Foreign Affairs Committee in Parliament alleged that ‘galamsey’ kingpin, Aisha Huang had no escort when she was deported in 2018.

Mr. Samuel Okudzeto Ablakwa said Aisha Huang’s deportation was only a “shambolic attempt of a deportation” and a “charade” by the government.

Speaking on Top Story, Monday, he noted that due to the awkward manner of Aisha Huang’s deportation, the ‘galamsey’ kingpin could have absconded during her transit to China.

“This whole charade of deportation has gone down as the most shambolic attempted deportation ever in world affairs. Do you know that this deportation took place without an escort? There was no escort…She could have really absconded when they transited in Addis Ababa,” he said.

He said the President’s comment was a direct response to the particular question he was asked.

DISCLAIMER: The Views, Comments, Opinions, Contributions and Statements made by Readers and Contributors on this platform do not necessarily represent the views or policy of Multimedia Group Limited.
Tags:
Aisha Huang
Akufo-Addo
Deportataion
Galasey