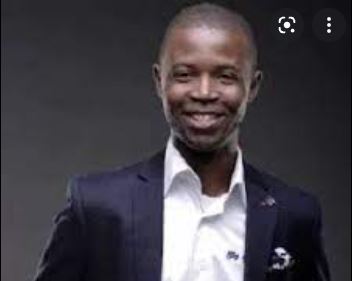 It’s no secret that success does not come easily. It is also a known fact that to attain the greatest heights in life, there are various challenges one would face and various hurdles to cross before getting to the final destination.

Such is the case of the CEO of Websoft Solutions, BigGodwin Martey who has chronicled the events of his journey to success with a revelation that he had to pay off a debt he owed a bank by working there for free, for over a month.

It happened in the early days of his business when Websoft was still struggling to have a foot in the business industry. He had opened “a small office at Fadama” where he had employed a few staff and was running the small IT business.

“One day, I woke up and Eunice [an employee] called me to inform me that the office has been locked with another padlock aside from the one we always locked it with. I asked her to check if there’s an inscription on it and she said it’s the name of a bank.

“I immediately understood why they had initiated the move against me and it was because I owed them about ₵600. So I asked her to go home and leave me to resolve the matter. Little did I know that there were more padlocks. The other padlock belonged to the AMA and I owed them too,” he said.

Attempts to either retrieve the keys to the padlocks or get the shop opened all proved futile since both the A.M.A and the bank refused to unlock the premises.

Left with no other option, he went home and resorted to prayer. About three days later, an idea came up.

“I had this friend at church who had a tie that matched with the colours of the bank. So I went to him and pleaded with him to lend me the tie. He was as poor as I was but he gave it to me. Monday Morning I wore a white shirt, black trousers, put on the tie and went to the office of the bank.

“I told them that I came to assume work there as a staff because at the time they were short of staff. I was questioned by the security man who asked me to show my staff card. I told him I didn’t have and that the bank had locked up my office and I didn’t have anything doing. Moreover, I wasn’t a lazy man so I had come to help for free. I’ll work here till you give me my keys,” he said.

But the security man refused to grant him access to the bank and it turned into a brawl that caught the attention of the Manager of that branch.

“He heard about the issue and intervened. So he permitted me to work and I worked for over a month without any pay until the issue went to Management and the CEO invited me to his office and I honoured the invitation. When I got to the office I sat in front of him and he asked, ‘why do you turn up to work every day when you’re not an employee?

“I then told him that I had only two options; either to confront destiny with violence and win, or go back home, defeated, unfulfilled, and die in my poverty. Then he looked at me and said he was afraid of my future and that my zeal and zest to make it in life will make me great,” he added.

He offered to pay for the debt but Mr Martey declined the offer.

“I said I appreciate it but I’m training myself to conquer self and conquer challenges. It’s a great offer but all I need is time. They should just give me time. I didn’t want them to pay because I was using that to train myself. I needed to learn and work to pay the debt. So all I was asking was for them to open up the office and they agreed.

As if that was not enough, the A.M.A also refused to open up the office because he owed them an amount of ₵85. As to how he paid for that, he said he called a friend to help settle the debt “and he offered to help but with interest.”