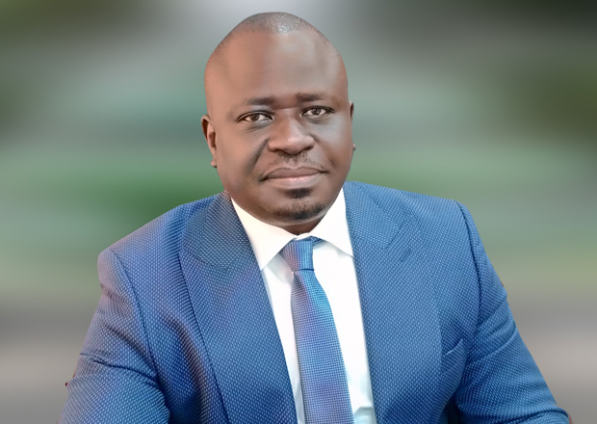 Government statistician, Professor Samuel Kobina Annim says contrary to the widespread narrative in the public domain, he has not asserted that public sector workers in the country are overpaid.

According to the Economics Professor, the statement, which has been attributed to him are false and misconstrued and therefore should be dismissed.

Speaking in an interview with Benjamin Akakpo on the AM Show on Tuesday, he stated that in his earlier comments, he only sought to initiate a healthy debate about the interplay between productivity in the public sector and how that impacts the country’s overall Gross Domestic Product (GDP).

The government statistician further clarified: “Unfortunately as a country we’ve been reporting consumption-expenditure inequality. So what my lectures sought to do was to first paint a picture that clearly demonstrates the contribution of the formal sector to our GDP, which as I said is mainly public sector driven.

And then say that if you look at inequalities from an earnings point of view based on data from the public sector, we have a stark inequality”.

He therefore, called for the creation of a Public Productivity Committee of Parliament to work like the Public Accounts Committee and ensure that ministries, departments and agencies (MDAs) and the public sector, in general, deliver output commensurate with their earnings.

But speaking on the AM Show on Tuesday, Professor Annim threw more light on his earlier comments at the Cape Coast University.

Then the third variable that I talked about had to do with productivity. And I said if we always have been releasing GDP and we don’t measure productivity, how can we track the progress that we want to make on GDP? Then I said look at our population that are employed from the census. Look at our GDP and then this is the output per person. And this is the earnings per person in the public sector space.

This is a conversation that we should have because in economics we say that what you earn should be equal to your output and that should be equal to what you spend. But we’re seeing this disparity. And I only used the formal public sector as a proxy for earning”.

Meanwhile, President of the National Association of Graduate Teachers (NAGRAT), Angel Carbonu says the government statistician’s comment about public sector workers being overpaid falls short of what is expected of a person of his caliber.

He contended that the comment smacks of Professor Samuel Kobina Annim doing the bidding of the government, especially at a time when public sector workers are agitating over salaries.

The fact, that as a Professor in the University and he did not even give us any reference instrument that is used or any research that he has at his disposal that we can all subject ourselves to, then for me it falls short of what we expect of a Professor”, Angel Carbonu told Evans Mensah on Top Story, Monday.

The NAGRAT President further questioned the government statistician’s approach to arriving at such a conclusion.

He opined that the statistician’s assertions are strange as many public sector workers earn less than GH¢1500 as salary.

“Taking the total summation of monies paid by government and dividing it by the number of workers in this country and arriving at a figure is a very strange way of determining salaries for workers.

Far majority of public sector workers in this country earn less than GH¢1500. If you are talking about the Chief Executives and the political appointees who are latter-day public servants, who are earning in the thousands, then that is a different story”, he explained.