I shot them: Confessions of a serial photographer 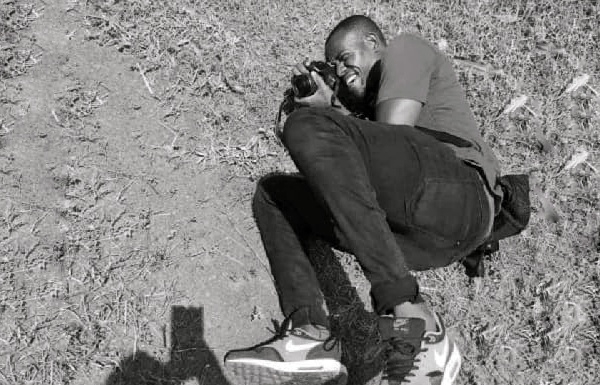 Point, aim and take a headshot. The precision and intensity needed to achieve a clean finish are sometimes exhausting but the end justifies the means as they say. This is the daily routine of a new tribe rising up in the motherland.

A new craze, like a contagious infection that has caught on with many young people today. My story is no different from theirs. We find ourselves intertwined in this new reality that we must deal with.

“So, Yes! I shot them. But I did so with their permission, this is the path I have chosen to take. This is where my story actually begins.”

Even as a child I had the urge to write, I still have an incomplete manuscript hidden away somewhere among the stuff from my childhood. I have come to appreciate that nothing is a coincidence. This world that we came to meet seems to do things in tandem with a grand scheme. I mean you don’t even need to be religious to believe this, but I am.

I have been a Jack of many trades and taken many roads in this short life trying to define my purpose and be amazing at whatever it is I have been placed here to do. But all the roads seem to converge at the village square where I find myself, closer to home than ever before. All the things I did, all the decisions I made, have led me to this point – a focal point of sorts.

Photography is much more than capturing a moment in time, it encompasses the pain, dreams and aspirations of an entire generation. It is the single proof that light overcomes darkness. Photography is redefining history as we know it, a lot of important moments have been captured but most importantly a lot of people’s stories and experiences have been told; documented in the annals of visual imagery.

More and more people are moving away from reading lengthy editorials to more visual stories which don’t need a thousand words to narrate events as they unfolded. According to Microsoft the attention span of the average adult has dwindled to just a few seconds at a time, due to the emergence of technology.

This would have been a win for audio-visual storytellers, but we are still battling between telling a good story and telling a quick one. In an era of fake news and manipulative storylines, the battle has been taken into the subconscious. We are but the result of the information we access and process.

Content is indeed king, but what if the wielder of the content has an agenda. It is all well and good that technology has forced some transparency into the media landscape but for how long?

Young men and women in Ghana are looking more towards photography as a business and as a means to have their voices heard. Some are seasoned and others half-baked; the whole point being that anything that is driven by passion cannot be suppressed, it’s just a matter of time. It may not be images that are historic, it may not have the right lightning, even the focus may not be sharp, the angle may be wrong; but if the story is right, it absolves the image of all shortcomings.

I found refuge in a lens when all seemed bleak.

In 2009 I shot a music video with Adams Bryma using a laptop webcam, we ended up paying a fortune to replace its charger. We edited the video with Windows Moviemaker. I no longer have the video but I have come to the realization that all of those experiences between the streets of Tamale and Wa and Bamahu were unconsciously preparing me for this day.

I am not a world-renowned journalist or photographer, I don’t have an award to my name, I barely have enough stories to my name to even legitimize this writeup, but the point of this whole exercise is that I have the ability to and I have finally come to that realization.

I have come to appreciate that even the best of writers experience writers blot. I am inspired by young people like Nhyraba Joey Nyamekye and Edna Azumah Aninga, who have found a voice through art forms that they love.

We may battle over the how, when and why of the stories all around us, but the point remains that these stories must be told. These stories are what define us as a people, they are what add colour to our very existence. We have become too relaxed and are ever ready to launch attacks on how Africa is being portrayed in certain circles, but perhaps if we took time off to be involved in telling our own story the narrative will be different.

For me, I am still in the defining stages of my journey into storytelling and I do not know if I qualify or am ready to conform to any of the predefined nomenclatures in journalism, media and arts that describe the storyteller and the tools or mediums engaged to tell a story. What I know is I will improvise as I move.

The most important thing I have learned from 2018 is to keep telling my story, hoping one day it will reach its intended audience. Happy New Year from the lands of the savannah, where the mighty harmattan lives!