'I was so scared' - Akuapem Poloo revisits her sentencing, time in prison - MyJoyOnline.com

‘I was so scared’ – Akuapem Poloo revisits her sentencing, time in prison 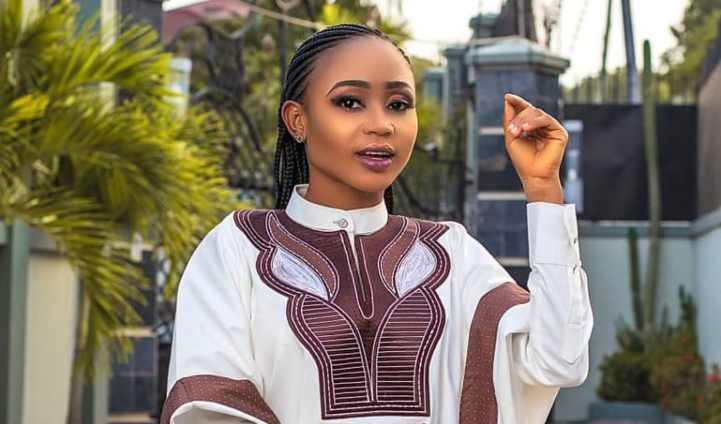 Actress, Akuapem Poloo, born Rosemond Brown, says she never envisioned standing in front of the Nsawam prison as a convict.

According to her, on the day she was taken into a police vehicle heading to prison, her nerves went into overdrive.

Speaking on The Delay Show, she said she was pale and her spirit seemed to have left her body.

In 2021, the socialite was sentenced to 90 days in prison – which was later reversed into a fine of GHS12,000 – after pleading guilty to the charges of publication of obscene materials.

This came after she posted a picture of herself naked while kneeling in front of her son.

The actress stated that on the day the judge asked her to take a pregnancy test, that was when she knew a custodial sentence was possible.

At the time, Akuapem Poloo said she wished she had friends who are doctors so they could help her fake a pregnancy test or anything that could get her to avoid jail.

When the time came for her to serve her sentence, the actress said she was terrified because she had known freedom all her life.

She was taken to the Nsawam prison and was escorted by two CIDs and other police officers in a police vehicle while her legal team followed directly behind, Akuapem Poloo narrated.

The moment she stepped out of the vehicle, she became nervous. She said her ‘heart dropped into her stomach’ whiles staring at the place she was expected to call home for the next three months.

She recounted how she was searched thoroughly to ensure she did not sneak in any harmful substance and was later given a prison uniform.

She was then taken into quarantine where she spent four days because of the Covid-19 pandemic.

According to Poloo, she was unable to sleep or eat. The only thing she could take was the beverage, malt, that came alongside her food.

When the time came for her to join the inmates, the actress said she was extremely scared.

She told Delay that she did not know what the inmates had planned for her or how the environment was.

Akuapem Poloo said when she first joined them, her plan was to isolate herself to avoid any bullying or unpleasant confrontations of any kind.

But, fortunately, her inmates were welcoming and encouraged her to relax.

Many of them, Akuapem Poloo said, openly shared their stories and the number of years they have been in prison.

The actress was later granted bail after her lawyers filed to appeal the sentencing.

However, on December 1, the judge dismissed the appeal and ordered her to resume her sentence. At the time, she had 82 days left.

Meanwhile, Akuapem Poloo says she believes she ‘overdosed’ on the fame she was seeking with many of her actions.

According to her, because everything she did was widely received – either laughed at or appreciated – she assumed the post she made on her son’s birthday would receive the same attention.

She stated that from the day she made the post till the day the court case was officially closed, she was not herself.

Akuapem Poloo revealed she lost so much weight and only pretended to smile or look good not to draw more attention than she was already receiving.