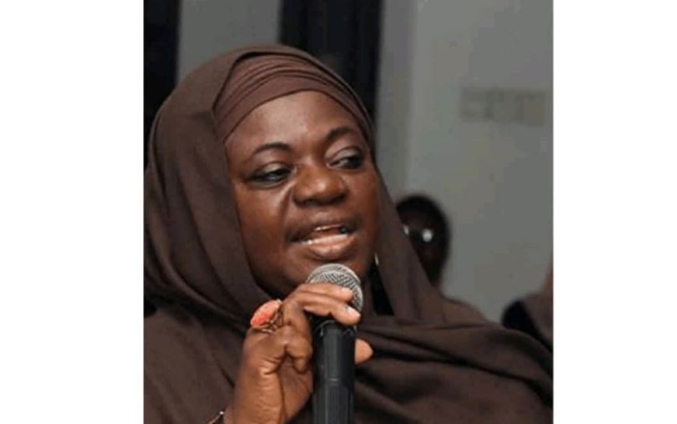 Community Education and Youth Development Activist, Dr. Akosua Abdallah has revealed that she would willingly look for a good woman for her husband to marry as a second wife.

She explained that at her age, having a co-wife wouldn’t be a bad thing because she (second wife) will take good care of her husband and the house.

“If I’m given that opportunity, I will go fish for a woman as a co-wife. There are a lot of single women out there who need husbands as well. Looking at Ghana’s population now with women dominating, it’s obvious men have to take more wives,” she noted.

“Already I’m tired and need somebody who will come and help me in cooking and other domestic works, but it is something else when they come, so I will do the investigation and bring someone who will not come and stress me,” she stated.

Speaking with Roselyn Felli on Prime Morning on Wednesday, she explained that if polygamy is structured and executed well, it will help reduce adultery and address ‘side-chick’ issue.

She added that women dominating Ghana’s population is a big issue with respect to marriage that needs redress.

According to her, it will be good for society to accept and allow men with the financial muscles to opt for a second wife instead of cheating with young girls. This, she believes, will bring unity to various households.

Her reason for being the one to choose the woman is to avoid future struggles between them as seen in some polygamous homes. Dr. Abdallah reiterated that cases of second wives wanting to kick out the first wife scares most women, hence the dislike for polygamy.

She concluded by advising young women to desist from forcing married men to shift attention from the home, but rather court a peaceful relationship with the wives for them to be accepted, because that is how the forefathers lived.

DISCLAIMER: The Views, Comments, Opinions, Contributions and Statements made by Readers and Contributors on this platform do not necessarily represent the views or policy of Multimedia Group Limited.
Tags:
co-wife
Dr Akosua Abdallah
Husband