‘If I die, I die’: Young people capitalise on cheap coronavirus flights 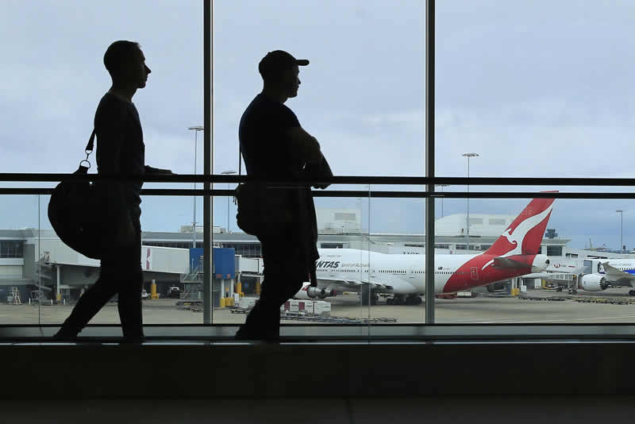 As people around the world cancelled their trips because of fears of the new coronavirus, Ashley Henkel booked three.

Henkel, 20, is taking advantage of cheap flights to see North America. She lives in California’s Central Valley, but this summer she’ll be in Vancouver, New York City and Portland, Oregon.

A college student itching to travel, she’s one of many people staring the deadly virus in the face and saying, “Whatever.”

As flight schedules are scaled-down and airline stocks plunge, carriers are offering deals that have put air travel within reach for people who usually can’t fly.

“I feel like if the coronavirus would get even more serious and like wipe out a large amount of people, I might as well be somewhere having fun,” Henkel told NBC News in a message.

She had thought about going on trips this summer, but it was too expensive. Now, as people self-quarantine, she’ll be taking pictures in Times Square. There is “no fun in staying at home and being all worried,” she said.

While the Centers for Disease Control and Prevention is telling people over 60 or those with chronic illnesses to stay home, young people feel now is their time to fly. Notwithstanding the dangers of spreading the virus to more vulnerable populations, Henkel’s trips might be what the airline industry needs as it takes a hard hit from the outbreak.

Multinational corporations like Google and Walmart are restricting “nonessential” travel, people are cancelling trips and large conferences are being called off. Global air travel is projected to lose $63 billion to $113 billion because of reduced demand, according to an estimate from the International Air Transport Association, and the coronavirus is on track to slow global travel faster than the SARS and MERS outbreaks did.

United Airlines said it will lose money this quarter, and Southwest Airlines CEO Gary Kelly said the outbreak is a more serious challenge for the industry than the terrorist attacks of Sept. 11, 2001. Cruise lines are feeling the hit, too, reportedly discounting voyages as shares for some major lines have fallen around 50 per cent since January.

But on social media, as it often goes, jokes abound about “risking it all” for a dream trip.

On Twitter, Jack Mulligan of Manchester, England, joked that coronavirus wasn’t going to stop him from travelling.

You really think Coronavirus is gonna stop me booking a holiday and catching a flight? pic.twitter.com/1uAqkealWu

“As much of a joke my tweet may have seemed, I was being deadly serious,” Mulligan told NBC News.

“I think the coronavirus is clearly something people need to be wary of, but I don’t plan on putting my life on hold because something is going around,” Mulligan said. He had planned to go on vacation anyway, and because cheap flights are now available, he said, booking on Tuesday made sense.

For Capri Nicole, 27, the discount flights offered something more meaningful than a getaway: a chance to see her grandma, who is sick with cancer, next week on her 71st birthday.

Next week, Nicole will travel from Atlanta to Connecticut, and she said she saved about $200, which put once unaffordable flights within reach.

“There’s sicknesses everywhere,” Nicole said. “I could get a disease today unrelated from the virus.”

Nicole says she isn’t worried about getting sick.