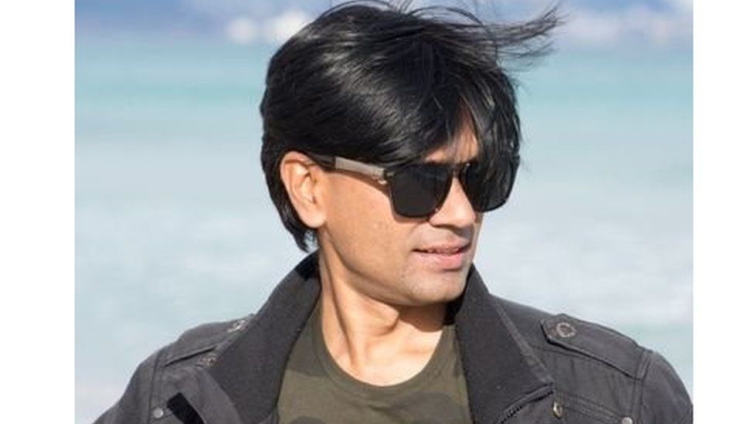 Mohammed Zubair has been a vocal critic of the government

Police in India have arrested the co-founder of a fact-checking website who has been a vocal critic of Prime Minister Narendra Modi’s government.

Mohammed Zubair of AltNews has been accused of insulting religious beliefs on Twitter, a network of media organisations said.

Opposition leaders and journalists have condemned the arrest.

They said it was a clear attempt by the Hindu-nationalist government to clamp down on those who expose hate speech.

Mr Zubair recently highlighted comments of a spokesperson of the governing Bharatiya Janata Party (BJP) allegedly insulting the Prophet Muhammad during a television debate. His tweet was widely shared and led to several Muslim countries lodging strong protests with India.

In recent weeks, Hindu nationalists have drawn attention to past comments made by Mr Zubair and demanded that he be prosecuted for hurting their religious feelings.

Who is Mohammad Zubair?

The website quickly rose to prominence for its diligent work in combating misinformation and fake news in the country.

Fact checks from AltNews are frequently shared by Mr Zubair on Twitter where he has more than half a million followers.

Last week, Mr Zubair posted an e-mail from Twitter saying the microblogging site had received a request from the government claiming that his account had violated Indian laws.

He later received another e-mail saying his tweets on provocative comments made by a Hindu group had been withheld in India under the country’s IT laws.

On Monday, Mr Zubair was detained over a complaint from a Twitter account that said he insulted Hindus in a 2018 post commenting on the renaming of a hotel after the Hindu monkey god Hanuman, the ANI news agency reported, citing senior Delhi police officials.

A statement by the police later said that the tweet had been amplified by Mr Zubair’s Twitter followers and “created a series of debates/hate mongering”.

Pratik Sinha, also a co-founder of AltNews, who accompanied him to the police, said neither he nor Mr Zubair’s lawyers were provided with a copy of the complaint on which the arrest was made.

They were also initially not told where he was being taken after being detained.

Mr Zubair was produced before a local magistrate late Monday night who granted the police one day’s custody. Following this, he was allowed to meet his lawyer.

Mr Zubair is known to keep a hawk-eye on hate speech and Twitter posts on comments made by supporters of the BJP have invited intense backlash.

Many journalists and activists have been demanding his immediate release.

“Zubair who routinely busted fake news, exposed the hate machinery in India has just been arrested,” said Rana Ayyub, a Muslim journalist. “The country is punishing those who reported, documented the decline.”

Opposition Congress party leader Rahul Gandhi tweeted: “Every person exposing BJP’s hate, bigotry and lies is a threat to them. Arresting one voice of truth will only give rise to a thousand more.”

The anonymous account, created last October, had just one follower until Tuesday morning. It has since risen rapidly to cross 1,400 followers.

The complaint against Mr Zubair is based on a 2018 tweet in which he had shared a photo of a hotel signboard modified from ‘Honeymoon Hotel’ to ‘Hanuman Hotel’.

Many pointed out that the photo was actually a screengrab from a 1983 Bollywood comedy by acclaimed director Hrishikesh Mukherjee.

On 19 June, the Hanuman Bhakt account shared this four-year-old tweet, saying it was a “direct insult” to Hindus. The account also tagged the Delhi Police, asking them to take “immediate action” against Mr Zubair.