An investigation has been launched after a young woman’s charred body was found on the outskirts of the southern Indian city of Hyderabad.

The 27-year-old vet disappeared on Wednesday evening, after attending a doctor’s appointment.

Her badly burnt body was found the next morning. Police allege she was gang-raped before she was killed.

Four men have been arrested in connection with the case, senior police official Prakash Reddy said.

The woman – who cannot be named for legal reasons – had left home on her bike around 6 pm on Wednesday to go to the appointment, her sister said.

She called later to say that she had a flat tyre and a lorry driver had offered to help and that she was waiting near a toll plaza, she added.

“She had parked her motorbike near the toll plaza and then booked a taxi to go to her appointment,” her sister told local journalists.

“She returned around 9 pm and found that one of the tyres of her vehicle was punctured. A lorry driver offered to get it fixed for her and asked her to wait.”

The sister said the victim had also told her that she was scared because it was already so late.

She said she tried to reach her sister again a bit later but found her phone switched off. The woman’s family rushed to the spot and searched for her, lodging a police complaint when they couldn’t find her, she said. 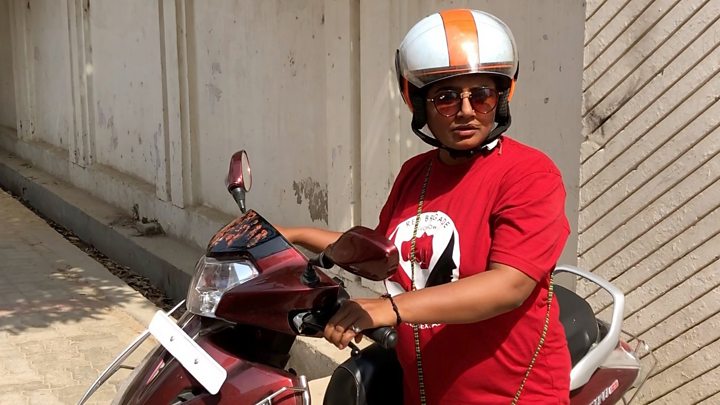 The woman fighting back against India’s rape culture

Her body was discovered under a flyover by a milkman early Thursday morning and he alerted the police.

Her body was identified based on her jewellery and clothes.

Under Indian law, a rape victim cannot be identified, but on Friday her name was the top Twitter trend in the country for several hours with tens of thousands of angry tweets demanding justice for her.

Rape and sexual violence against women have been in focus in India since the December 2012 gang-rape and murder of a young woman on a bus in the capital, Delhi. But there has been no sign that crimes against women are abating.

According to the latest government crime figures, police registered 33,658 cases of rape in India in 2017 – that’s an average of 92 rapes every day.