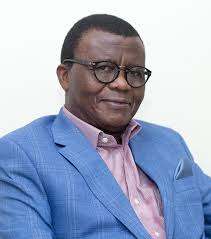 Former United Nations Senior Government Advisor, Professor Baffour Agyeman-Duah, has called on the government to initiate policies that will support the demand and production of local rice.

According to him, the move will mandate state institutions to purchase local rice thereby, increasing the demand and production of the grain.

“All we need is a Presidential directive that is enforced, we don’t need to go to Parliament for legislation. A Presidential directive can simply direct all state institutions subvented by the government to divert from foreign rice to consume local rice. Within a short time, you’ll see the dramatic change that we will see in the rice sector,” the Chief Executive Officer of the John Agyekum Kufuor Foundation stated.

However, the Professor described the government’s Planting for Food and Jobs programme as not being comprehensive enough to tackle the needs of the rice value chain.

He stated that, although the government’s policy of planting for food and jobs has benefited the production of rice, it has also been a hindrance to the development of the industry since it is not wide-ranging.

“The policy is somehow short-sighted, in terms of it not being a comprehensive policy that takes care of the rice value chain. That is from the farmers to aggregators, transporters, etc…,” Professor Agyeman-Duah told the host of Joy FM’s Super Morning Show, Wednesday.

Meanwhile, the former UN Senior Government Advisor expressed surprise at the high quality of Ghanaian rice and the professional packaging that it came in, at the celebration of the just ended 4th annual rice festival.

The 4th National Rice Festival was held at the Afua Sutherland Children’s Park by the Ghana Rice Inter-Professional Body (GRIB) with the support of the John A. Kuffuor Foundation.

It featured a policy dialogue and exhibition of various locally produced rice brands and for small scale rice farmers to popularise their produce.

According to Prof. Agyeman-Duah, the country has a potential competitive advantage in the African sub-region.

In recent days, there has been agitation by some members of the public following the complaints of rice farmers of low patronage of their harvested rice.