Is competition good for marketing? - MyJoyOnline.com

Is competition good for marketing? 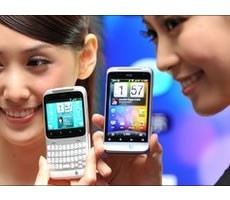 “Competition is good” is a notion that the majority of people believe in. They think that competition brings about creativity, innovation and better customer service.

They also hold that competition makes for the creation of more businesses and increased economic activity. Competition also prevents monopoly and oligopoly, phenomena that can lead to the exploitation of customers and the making of abnormal profits. Furthermore, there is the conviction that competition drives prices down to the benefit of consumers.

Considered at face-value, competition might seem that plausible. However, a critical analysis would produce a different view—that competition rather works against all that it’s thought to do right! I know this may shock a lot of you dear readers, but let’s unlearn and approach the subject with an open mind so we can relearn.

Of all the functional areas of management, Marketing, for me, is the most important. This assertion stems from the fact that it’s Marketing that makes it possible for the business to come into existence and persist to begin with. Indeed, Marketing holds the blueprint of the business, its very DNA. Marketing, then, can’t be toyed with by any serious organisation.

In view of the sacrosanctity of Marketing, it is very essential that it be protected and preserved. It is this concern that leads me to assessing the impact of competition on it. For, if competition is really bad for Marketing, then we have to do away with it in business.

Let us now analyse one-by-one some of the claims that have been made about the good in competition.

Creativity is a basic quality in all humans. It’s one of those qualities that every single man/woman is endowed with. It involves the ability to bring about a new idea and develop this into a product or a service to meet a definite human need.

The universality of creativity notwithstanding, it has to be cultivated, nurtured and mastered over time. To illustrate: by nature, ceteris paribus, we were all created to speak. However, it takes effort to learn to speak coherently, persuasively and sweetly to make the desired impression and impact. Similarly, we all need to put in some work to bring creativity to bear.

Creativity is expressed variously. It could be through the arts such as music and fine-art or in business, such as in Marketing. Besides, there’s no end to creativity. As we continue to live, we come by several experiences and interactions through various means that evoke the creativity in us. It is therefore not a smart thing to stifle creativity. Yet that is what competition does. Here is how:

Competition has it that you need to know what your competitor is doing, where he’s going, even how he’s likely thinking in order to design and develop a product or service and also devise ways and means that effectively pull his share of the market to yourself. By the same token, you also make sure that your competitor does not succeed in overtaking you in the market

However, in true creativity, there’s no competition; indeed, there’s rather collaboration. An artist who competes gets nowhere! The reason is that he does not allow his inner person to evoke the uniqueness in him.

Rather, he is fixated with what others are doing; and that muffles his creativeness. Competition thus exploits the competitor’s resources psychologically, emotionally, physically and materially toward a flawed endeavour — his obsession. Indeed, in all spheres of life, people compete with each other, generating strife, enmity, and jealousy. Thus they do not get the most out of those resources for business development and growth. By extension, that is exactly what competition does to Marketing!

A marketer who is competitive does not take his time to study social dynamics and ever- changing human needs very well to inform his decisions. He also hardly reflects on other phenomena, natural and otherwise, visible and invisible, which impact business. What inspires him foremost is profit and how to get it at the expense of his competitor. Such a person is hollow and shallow, with blurred thoughts and vision. His innate creative nature is thus killed!

Creativity is at the heart of Marketing. Hence, if competition is a foe to creativity, then it is equally an enemy of Marketing.

A truly creative person that is a true marketer does not dread the competition; not for a moment! Since what comes out of him can only be his, no-one can accurately do what he does best—it is that spiritual! That is why there could only be one Michael Jackson.

And no matter how similar an imitator sings and dances, he can never be Jackson, for he expressed himself. Period! The true marketer should also seek to express his true-self rather than try to be like or more than another. That is how true creativity is unleashed.

Certainly, then, competition does not encourage creativity. It rather promotes mediocrity. And this is one of the reasons why the world’s economy that was built on such principles as competition over the past three centuries or so is about crumbling! People are not encouraged to express the creative quality they’ve been endowed with to bring about diversity in true development.

Steve Jobs introduces the touch-screen technology and every manufacturer is seeking to compete with him, forgetting that if they would put their creative minds to work, they could come up with a sight-screen — i.e. you fix your gaze on a function and it happens or something else. Competition thus is a canker!

Innovation means doing things differently to find a better solution to a problem/challenge than what is already there. It involves taking bits and pieces of existing phenomena and building these into something new and better.

As humans, our enquiring mind and thirst for improvements do not naturally make us settled. We soon get used to one thing and then we yearn for something new and better. It is the pure nature of man. Hence, like creativity, innovation naturally happens without competition.

Indeed, competition rather stifles innovation since it encourages you to compare yourself with another to inspire you to do better than that one. Why should another’s best serve as the springboard for your better and not the other way round?

As they say, “The sky is your limit” — and that is what competition advances. But in true innovation the sky is not your limit; in fact, there is no limit! So if you have as benchmark what your competitor is doing, how can you aspire to reach higher? Sure, there’s nothing wrong with knowing what others are doing and learning from it.

But that should not be your yardstick. Rather, if you look within yourself and at the beautiful world around you, you can come out with another product or service that while taking advantage of what is already available, is uniquely yours!

For a true marketer then, a mix of his own enquiring mind, his thirst for excellence, the dynamics in society and the market plus the knowledge of human behavior, should be that which clicks the ‘Innovate’ ‘button’ in him, not what a competitor is doing.

Customer service is integral to Marketing; for, if the customer is not well-served, all of the marketing effort will come to naught. Customer service, then, cannot be toyed with. But does competition help Marketing to achieve that?

Well, one of the pillars of modern customer service is respect. Does competition encourage that? Maybe the telcos and the financial institutions in Ghana are good examples of competition; they compete very well among themselves. But has that led to better customer service?

In the case of the telcos for example, when you call the customer service line of your network operators, do you reach them, in the first place? And if you do, how long does it take to be attended to? How do they interact with you, truly respectfully or mechanically so? In the so-called competitive telco industry, there’s one major competitor who has only pre-recorded voice messages with prompts on their customer service line.

What they are telling their customers, in effect, is that they know all of their likely issues and so have placed the responses to them there — when that is not the case! Is competition helpful here? Is it good?

If these telcos and other competitive companies could channel their expenditure on fruitless competition to improving their customer service department, wouldn’t that serve a better purpose? Indeed, if they invested it in improved goods and services at affordable prices, they may well realise that they wouldn’t even need a huge customer service staff to handle problems they themselves created out of negligence.

The creation of new businesses is at the heart of solving the huge unemployment and problems confronting the world’s economy. If competition were that useful, shouldn’t those problems have been solved? Sure! Rather, what competition does is kill other businesses in order for just a few to have all the market!

Expunging competition from Marketing would rather help to create more businesses. This is because true creativity and innovation would be given free rein to operate.

Hardly! Competition rather encourages monopoly and oligopoly, for what happens when other businesses have to fold-up and/or new ones are scared to enter the market because the competition is too tight? That would leave the fittest that survive to do their will. For example, what would happen if some of the telcos — owing to the high cost of competition — have to fold-up? That would leave customers at the mercy of the few left, making an already bad situation worse since their motive is profit. In effect, competition rather leads to monopoly and oligopoly, leading to abnormal profits.

Does Competition Drive Prices Down?

Sure, to some extent it does and so some see that as a positive development. But it is a charade:

In order to reduce their prices and be competitive, some have had to sacrifice the quality of their products or services. Others have also reduced their investments in research and development. Furthermore, the nature of some competitions involves covert operations that are expensive.

Yet still, since competition is coupled with aggressive advertising which is very expensive, such costs plus those already mentioned are stealthily built into the price of the product/service for the consumer to bear it. Low prices indeed!

A true marketer who steers away from the aggressive competition would be in a position to serve good quality at prices convenient for customers. And that would better improve their standards of living.

From what we’ve been discussing so far, what do you think? Is competition good for Marketing? Does it promote creativity, innovation and better customer service? Does it help the creation of more businesses and increased economic activity? What about the prevention of monopoly and oligopoly and their attendant customer exploitation and abnormal profits, has competition lived up to that? Is the conviction that competition drives prices down for the benefit of consumers well-founded and true? Your views are most welcome!