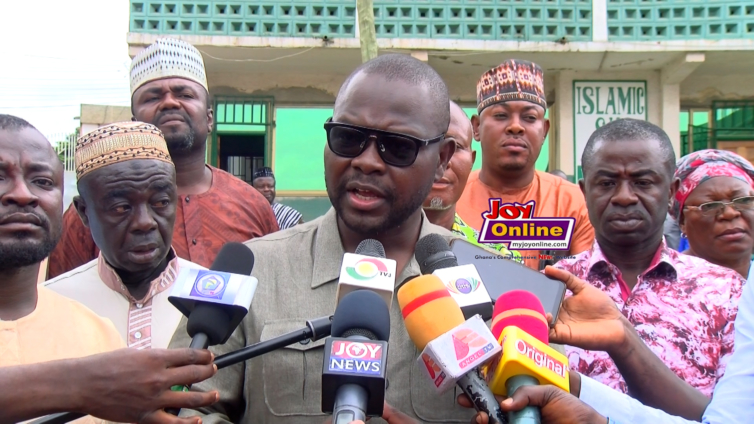 Member of Parliament for Bantama, Francis Asenso Boakye, has asked the Ghana Education Service to look into allegations that some teachers and administrative staff at Islamic Senior High School incited the pupils to embark on the protest.

Mr. Asenso-Boakye said the right punitive action should be meted if the teachers are found culpable.

Thirty-eight students were hospitalised after they clashed with crowd-control Police during a protest over frequent crashes of teachers and students of the school by vehicles.

The students blocked the main Abrepo Junction-Barekese road to traffic amid chants.

A committee, chaired by former Ashanti Regional Director of Education, Sarfo Kantanka, has been set up to investigate the disturbances.

Deputy Education Minister, Rev Ntim Fordjuor, during a visit to the school, said the committee’s recommendations will help, among others, guide against recurrence of similar events.

“Every incident that occurs in every institution under the Ministry and GES, however minor it is, deserve attention; deserves looking into, perhaps if there are some lessons going forward.”

“We are interested to know and to ascertain the facts beyond what we have seen, if there are some underlining matters that need to be addressed, so that we just don’t gross over the incident here.”

But the Member of Parliament for Bantama, Francis Asenso Boakye, wants investigations extended to allegation that some teachers incited the students.

Interacting  with school authorities and students, he said such an act, which puts the lives of children in danger, should not be countenanced.

“We shouldn’t take advantage of development challenges that we are facing in the country to create confusion in the country. That’s not acceptable and it is on that note that I want to urge the Ghana Education Service to conduct a full scale investigation into this allegation,” he added.

Mr. Asenso-Boakye who is also Minister of Housing advised the students to channel all grievances in the future to their teachers and school authorities for redress than attempting to resolve them themselves.

Meanwhile, clinical psychologists have been providing psychotherapy services to the over 5,800 students of the school in batches.

The Police Intelligence and Professional Standard  Bureau, led by DCOP Lydia Donkor, has also interrogated school authorities as they look into the conduct of a Police team deployed to the school. This followed the visit of IGP, Dr. George Akuffo Dampare who promised to look into the conduct of the Police crowd control team deployed for the exercise.