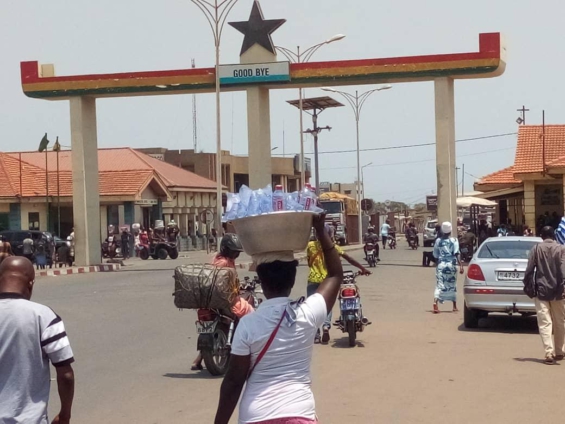 Executive Director of the West Africa Centre for Counter-Extremism (WACCE), has described as dangerous, the opening of land borders by President Akufo-Addo.

Speaking on JoyNews‘ The Pulse on Monday, Mr Mutaru Mumuni Muqthar, said although it is economically important for the land borders to be opened, he believes that the crisis in Bawku and the threat of terrorism in the sub-region should have delayed the opening.

“If you look at the threat of violent extremism descending from the Sahel towards the coastal states and if you look at what we call a spillover effect of violent extremism within the Region, it tells you that this is a very dangerous time, especially if we do not have some level of escalating security commitment to help in terms of preventing the spillover from Burkina Faso,” he said.

He said with the other African countries experiencing violent extremism, “Ghana is the only country within this space that is yet to experience this attack, so we have every reason to believe that we are not in any way immune to attacks from Burkina Faso.”

“If you consider the proximity and complexity of Bawku, it tells you that this is a very vulnerable situation that we are in and so we need to be very careful how we build some resilience against a spillover,” he added.

He also called on the government to beef up security at the Bawku border “looking at it from both internal and external sources.”

“There is the need to put together a kind of robust comprehensive security programmes along the borders.

“We need to increase inter-agency collaboration, information sharing and intelligence sharing but more importantly, how do we engage local community members to help to be part of the counter-terrorism community by giving leads and tips,” he asked.

President Akufo-Addo on Sunday announced the opening of land borders after two years of closure.

According to President Akufo-Addo, this will allow for the flow of human traffic through neighbouring countries after they were closed in March, 2020.

The decision was meant to be a measure to reduce the spread of the Covid-19 virus in the country.

Delivering his 28th national address on measures his government is taking to mitigate the Covid-19 pandemic on Sunday, the President said, “As from tomorrow, Monday, 28th March, all land and sea borders will be opened.

“Fully vaccinated travellers will be allowed entry through the land and sea borders without a negative PCR test result from the country of origin.

“Citizens and foreign residents in Ghana, who are not fully vaccinated, will have to produce a negative 48-hour PCR test result and will be offered vaccination on arrival.”

DISCLAIMER: The Views, Comments, Opinions, Contributions and Statements made by Readers and Contributors on this platform do not necessarily represent the views or policy of Multimedia Group Limited.
Tags:
Akufo-Addo
Land Borders
Mutaru Mumuni Muqthar