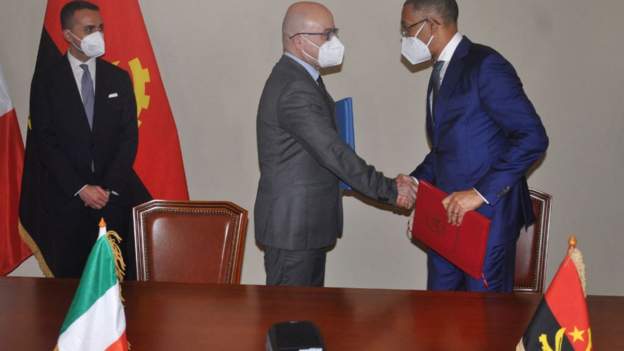 The gas deal strengthens ties between Italy and Angola

Italy and Angola have signed an energy co-operation agreement as European countries seek to reduce dependence on Russian gas.

The deal aims to “increase the export of Angolan gas and reduce the dependence of the European country on the Russian gas supply”, privately owned Angola24Horas says.

Italian multinational Eni is a major player in the Angolan oil and gas sector.

On Monday, Italy’s Prime Minister Mario Draghi struck an agreement with Algeria to buy more of its gas in a further sign of Italy’s attempts to reduce dependence on Russia.

Italy gets about 40% of its gas from Russia.