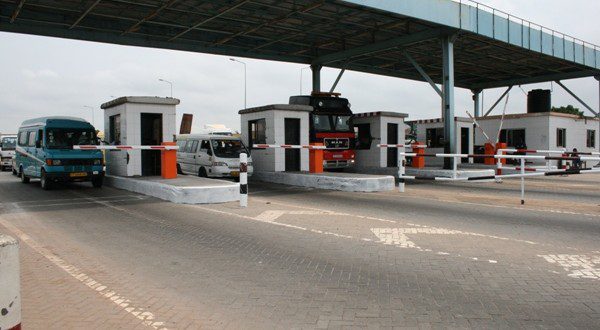 This essay makes the point that the use of road tolls is increasingly becoming inadequate as an additional source of financing road maintenance in the country. And if we consider the broader need to finance the building and maintenance of a national road network, fitting for a middle-income country, then-current road toll system is laughable and discriminatory because the charge is only on a few road users.

Worst, the reluctance in the timely revisions in tolls diminishes their use-value over time, turning the tolls almost into nuisance road charges. In my view, rather than increase tolls, abolish them. Needed is a more efficient, non-discriminatory user charge to be paid by all users, bar none, based on fuel consumption.

Loans, grants, and general tax revenues have to date been the main financing sources for building roads in Ghana. Whether we use borrowed funds or general revenues, the challenge, in many cases, remains how to ensure adequate maintenance to extend the life of the roads.

The Road Fund (RF)  established in 1997, and before that the use of general tax revenues, has been the major source of financing routine, periodic maintenance and rehabilitation of our public roads. The fact of the matter though is that monies from the Fund have never been enough, increasingly so, to support the objectives of the Fund, let alone the expansion of the road network.

Tolls and fuel-related charges have been the main sources of RF financing. When tolling first opened on the  30 kilometre Accra-Tema Motorway, “tro-tro” drivers shunned it. The motorway was for fast drivers and it “consumes more fuel”, they alleged. That was then.

For the country as a whole, only limited number of roads are under tolls.  Second, toll pricing is by size (weight) of vehicle, not by the intensity of road use which depends on vehicle weight and distance travelled. For example, two tolls cover the 248km Accra-Kumasi road. Single tolls cover the 30km Accra-Tema and the 83km Cape Coast-Takoradi stretch. The toll yield by distance travelled is clearly unequal.

Third, most toll roads link rural or peri-urban areas to urban areas. With the result that those who must access urban areas bear the brunt of tolls; not those who live and work in the urban areas. Those who use toll roads make two contributions to the Road Fund: first through tolls, and second through fuel levies. Those who live and work exclusively in the urban areas and consume same distances only contribute through fuel levies. On average about 80% of vehicles (mostly inner city road users) do not pay tolls. Increasing the current road tolls would mean over-burdening the rather few (about 20%) vehicles that pay tolls. What is needed is a level playing field for all road users, each paying nearly the same charge per distance travelled.

Fourth, to the detriment of the Road Fund, tolls are infrequently revised. It took almost a decade before the last revision in 2009 and it has been over a decade since. As a result, the use value of the toll revenue is diminished by rising maintenance costs and  inflation, making the RF permanently underfunded in real terms.

Fifth, the administration and collection costs of tolls are high, the increasingly long waiting times at congested toll booths provoke social discontent, and tolls are vulnerable to theft.  The sector Minister in April 2021  disclosed that “we are losing as much as 40 percent of revenue from tolls”. Privatization may cut down on embezzlement, so will automation, but they do not address the fundamental issues of fairness and equity in the pricing of road use.

In addition, increased urbanization means a growing demand for routine urban road maintenance and rehabilitation. These must be financed by the RF, the burden of which must fall on all road users, bar none, from motorbikes to diplomatic vehicles.

In short, current road toll system is discriminatory in favour of urban road users. The system has high enforcement and collection costs, is vulnerable to theft, and imposes high congestion costs at toll booths. Inertia in the upward revisions in tolls diminishes the use value of tolls over time. The road toll system fails the adequacy, efficiency, and fairness tests. Abolish them.

A fairer and equitable means of raising road financing is the broad-based road user charge. The charge shall be based on fuel consumption which, for road users, in turn depends on engine size and distance travelled. It is non-discriminatory. All road users pay the charge because it is based solely on fuel consumption as an “intermediate commodity”, leading to final destinations. While there are other non-road users of fuel, their considerations will be no different from the current practice.

For starters, a reasonable option will be to restore the toll to its 2010 equivalent in purchasing power terms when tolls were last revised. In that case, tolls will be adjusted by the cumulative transport consumer price index, say, from August 2010 to August 2021 of 580 percent.

A new toll as of August 2021 therefore should have been at least GHS 6 for medium-sized and GHS 3 for saloon vehicles.  If tolls are to be maintained, and made adequate for purpose as intended, then this should be the base of any new adjustment beyond August 2021. Any adjustment less than what is outlined here perpetuates a lack of virtuous courage to building Ghana’s road maintenance and rehabilitation culture fit for a middle income country.

A proposed levy of, say,  40 pesewas on each litre of fuel consumed means the following Kilometric Incidence of fuel levies by distance travelled:   10km yield   40p;  20km yield  80p; 30km yield 1.20;  on and on, and 100km  yield 4.00.  The table below provides a comparative revenue yield  under a toll system and a kilometric based fuel levy yield.

and Proposed Increases in Tolls

What to do with the additional revenue

A fraction of the additional revenue annually may be allocated to fund mass public transit system to service regional capitals. Groups of young men and women could be assigned as road maintenance and rehabilitation crew for different stretches of roads throughout the country, including feeder roads. The benefits of tremendous job creation potential, reduced congestions and reduction in travel costs in urban areas should not be lost on us.

Job losers from the toll system can be re-assigned in an expanded mass transit system as drivers, ticket sellers and ticket inspectors. The new system may also be accompanied by other reliefs such as reduction in vehicle registration fees and license renewal fees.

The assured additional revenue of at least GHS 1 billion annually can form the basis of raising Road Bonds from both individuals and local banks to stimulate the road construction industry and avoid the burden of payment arrears. Individual bond holders and road contractors benefit so does the banking industry.

The proposed scheme must be accompanied by greater transparency and accountability in the revenue inflows to the RF. The criteria and procedures for the disbursement of funds and budget compliance must be well-defined with clear public reporting and oversight requirements beyond what is currently provided for in the Road Fund Act (Act 536).

DISCLAIMER: The Views, Comments, Opinions, Contributions and Statements made by Readers and Contributors on this platform do not necessarily represent the views or policy of Multimedia Group Limited.
Tags:
Fuel levies
Joe Amoako-Tuffour
Road Infrastructure
Road tolls