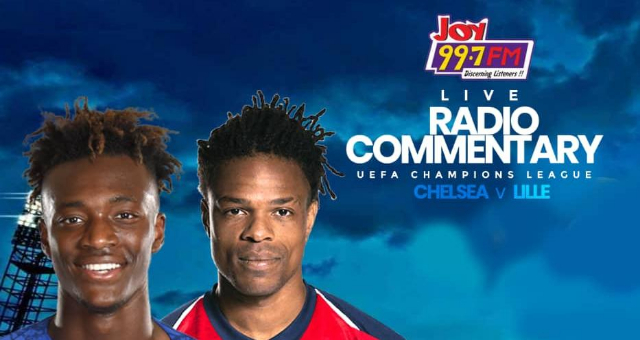 Chelsea head into Tuesday night’s Champions League meeting with Lille knowing that victory is required in order to reach the knockout stages.

Meanwhile, after failing to win any of their five matches, Lille make the trip to Stamford Bridge having already finished in bottom spot in Group H.

After witnessing his team lose three of their last five matches in all competitions, Frank Lampard is aware that his team have reached a stage where they must start to deliver an improved period of results and performances.

While Lampard heaped praise on his side after their win over Aston Villa last Wednesday, the Englishman was equally disappointed with how his team succumbed to a 3-1 defeat at Everton on Saturday afternoon.

Regardless of how Chelsea fare against Lille, Lampard is looking for his players to show signs of progress, especially at the back where they continue to concede soft goals.

The Blues remain with just four clean sheets from 24 outings, and they will always risk undermining their efforts at the other end of the pitch until they stop making individual and collective mistakes in their own defensive third.

Despite the capitulation at Goodison Park, Chelsea remain as clear favourites to get the result they need on Tuesday, although they face Lille at a time when Christophe Galtier’s team are beginning to show their true capabilities.

Three successive triumphs – all by a 1-0 scoreline – have helped move Lille back into contention for second place behind runaway Ligue 1 leaders Paris Saint-Germain.

While there will be a tinge of disappointment that goals are proving harder to come by, Galtier will be delighted with the character of his squad after their poor performances in Europe.

That said, Nigerian striker Victor Osimhen has netted twice during those recent successes, taking his overall tally for the season to 11 goals from 21 outings in all competitions.

Lampard will make changes to his starting lineup on Tuesday night, with Jorginho almost certain to return in the centre of midfield.

However, rather than replace either N’Golo Kante or Mateo Kovacic, the Italian could get the nod over Mason Mount Fikayo Tomori and Emerson Palmieri are also pushing for recalls in defence, although Antonio Rudiger is only likely to make the substitutes’ bench at best after recovering from a groin injury.

With Lille having had an extra day of recovery, Galtier could opt to name the same team which began the encounter with Brest on Friday night.

That would mean a starting role for former Swansea City loanee Renato Sanchez, with ex-Chelsea attacker Loic Remy being selected among the replacements.

Prior to Chelsea’s 2-1 victory on matchday two in September, Chelsea and Lille had never met before in European competitions. Their two previous meetings were both friendlies in 1950. Lille won the first on their own ground 3-1 in May and the Blues won 3-0 six months later in front of just under 10,000 at the Bridge.

Group H scenario – who needs what to qualify?

Chelsea will go through if we beat Lille, or if we draw and Valencia lose to Ajax.

Ajax will go through if they draw, or if Chelsea fail to beat Lille.

Valencia will go through if they beat Ajax, or as long as they finish at least level on points with Chelsea due to their superior head-to-head record.

Live commentary of the Barcelona vs Dortmund game will be on Joy 99.7 FM with build-up starting at 7pm.