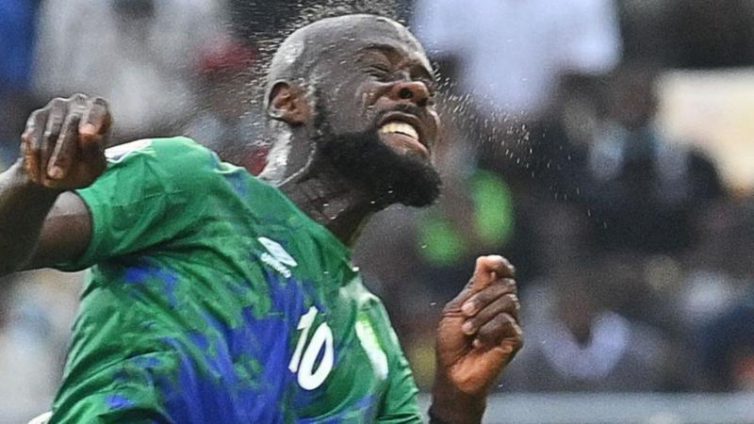 The house of Sierra Leone forward Kei Kamara remains under police protection after the striker missed a penalty against Equatorial Guinea at the Africa Cup of Nations in Cameroon.

Kamara’s home in Freetown was targeted after Sierra Leone lost the game in Limbe 1-0, putting them out of the tournament. Had Kamara scored, it would likely have secured a draw which would have seen them go through.

“I can confirm that police are still deployed in Kei Kamara’s house to protect it from disgruntled youths who are not happy because he missed a penalty against Equatorial Guinea,” the Sierra Leone police deputy head of media told BBC Sport Africa.

“The Sierra Leone police – as an institution that’s very proactive in its approach – got intelligence indicating that angry youths wanted to attack his house and we decided to go to the house even before the match ended.”

“We know what happened to Umaru Bangura a few years back, so we decided to be proactive.”

This was a reference to the team’s captain, whose house was pelted with stones after he also missed a penalty in critical circumstances, this time in stoppage time during a 2022 World Cup qualifier against Liberia.

The police added that “no harm was done” to Kamara’s house and the “youths in the area are cooperating with us.”

The former Norwich City and Middlesbrough striker is yet to comment on the police deployment.