Kendrick Lamar talks therapy and more in mini-documentary on visit to Ghana - MyJoyOnline.com 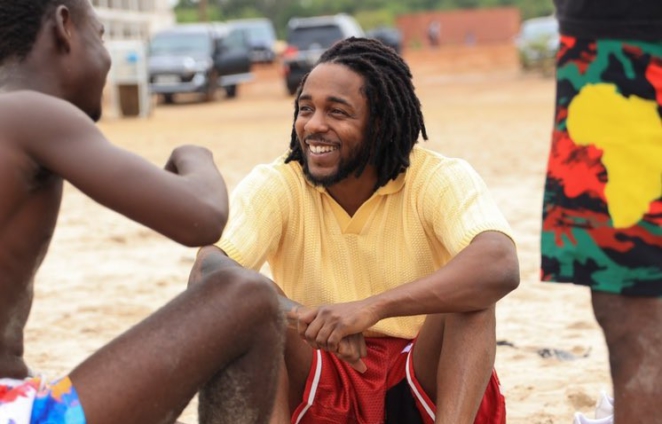 American rapper Kendrick Lamar earlier in May surprised his fans in Ghana when news went viral that he had landed in the country hours before the release of his album.

In the days that followed the album release, Kendrick Lamar explored Accra as much as he could.

He was first spotted at Kozo Restaurant on Thursday, a night before his new album Mr. Morale & The Big Steppers was released. He was again seen at the Freedom Skate Park.

He was also seen playing football with some kids at Jamestown with a camera crew with him. Kendrick Lamar also passed by the Laboma Beach.

All these and more were captured by the camera crew and have been put together in the musician’s mini-documentary that dwells on his time in Ghana.

In the documentary by Spotify, Kendrick Lamar talked about enjoying the moment while spending time with kids and fans he met.

He also opened up about therapy.

Watch the documentary below: