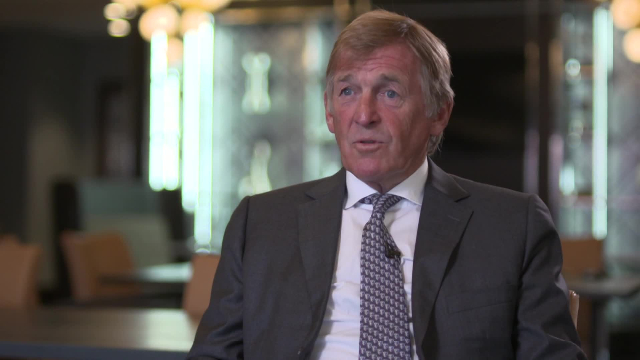 Liverpool legend Kenny Dalglish has been knighted in the Queen's Birthday Honours.

The 67-year-old former Celtic and Liverpool player and manager has been honoured for his services to football, to charity and to the city of Liverpool.

Dalglish is the only sportsperson knighted in the Queen's Birthday Honours.

Dalglish said: "I am hugely proud to have accepted the accolade. It's for yourself and for everyone who has been associated with you through the years, from your parents to your professional career.

"We are immensely proud as a whole family to have got it but everyone should feel proud because they have all played a very important role in what we've done and where we have got to."

The Glasgow-born former forward, who made 102 appearances for Scotland, scoring 30 goals, began his playing career with Celtic, registering 167 goals in 322 games.

The 67-year-old moved to Liverpool, making 515 appearances and scoring 172 goals, and became player-manager following the May 1985 Heysel Stadium disaster.

"Obviously it was for others with more education and knowledge than myself to decide whether or not I deserved a knighthood and it goes without saying that I am hugely grateful to them for the decision that they have made," added Dalglish.

"All I can say is that from my own point of view I am definitely no more deserving of an accolade like this than Jock Stein, Bill Shankly and Bob Paisley were.

"I am just fortunate enough to be in the right place at the right time and I would like to dedicate this honour to them because without the standards that they set at Glasgow Celtic and Liverpool, individuals like myself would not have been able to thrive as much as we did."

Dalglish was the Reds boss at the time of the April 1989 Hillsborough tragedy. He has been an avid campaigner for the families of the 96 people who died in the disaster.

He also managed Blackburn, winning the Premier League title in 1994-95, and Newcastle, with a brief spell at Celtic and a second, shorter spell at Liverpool.

In total, Dalglish won 14 championships as a player and manager in Scotland and England and three European Cups as a Liverpool player, plus numerous domestic cup competitions.

Bournemouth striker Jermain Defoe has been made an OBE for his charity work with his eponymous foundation.

Defoe was honoured for his work with the Jermain Defoe Foundation, which the 35-year-old London-born striker established in 2013.

His foundation supports homeless, vulnerable and abused children in his family's home country of St Lucia.