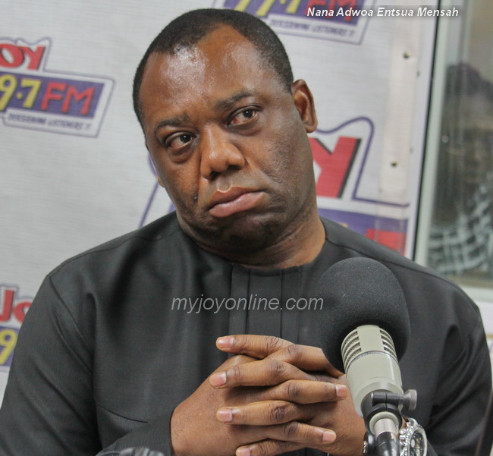 A government-backed interim governing council for Kwame Nkrumah University of Science and Technology (KNUST) is facing a credibility crisis after it was tasked to restore peace to the closed down university.

Without the support of University Teachers Association of Ghana(UTAG), Teachers and Educational Workers Union (TEWU) and lately the Student Representative Council (SRC), it remains to be seen how many members of the seven or nine-member council will show up for its Monday meeting.

Even the number of the committee remains an issue. It was seven until government created two new seats for disgruntled UTAG and TEWU.

But the two fuming bodies are yet to take up the offer and name their representatives after they found their exclusion disrespectful and the inclusion of student leaders too empowering for the young adults.

“You put an SRC president who is a student for God’s sake to be on the council,” UTAG reacted angrily last Thursday.

Government said it formed the ad hoc body with a four-month mandate because of a breakdown of trust between the student body and university authorities.

But the KNUST SRC whose violent demonstration kickstarted the kicking out of the governing council has kicked against the interim council.

In a vote of no-confidence statement to the Education Ministry, the student leaders asked that the decision to form an interim council be “reconsidered” and existing structures be “maintained.”

The student leaders noted that government’s manner of intervention is intrusive because they have settled their difference with the university management.

The statement referred to a meeting with embattled Vice-Chancellor Prof. Obiri Danso who is facing calls to resign.

That meeting resulted in the university’s management making sweeping concessions to the students including reinstating constitutionally student leaders it unilaterally removed from office.

The SRC maintained they are still in talks to resolve the controversial decision to convert some male halls into unisex halls.

The statement noted that progress has therefore been made and the situation could retrogress following the decision by UTAG and TEWU  to declare a strike over the dissolution of the governing council.

“We believe that your good intentions may not be fruitful with these important stakeholders agitated and will even further harm academic activities on campus,” the SRC President said in the statement.

Legal practitioner Kofi Abotsi, speaking on Joy News show Newsfile Saturday, quipped that “the road to hell is paved with good intentions” referring to the conflagration of the crisis since government intervened.

He argued it should have been the National Council for Tertiary Education which should have stepped in to solve the crisis, not the Education ministry.

He expressed doubts that the interim governing council will be able to master a quorum when there meet on Monday.

With no TEWU, UTAG, SRC involvement, the ad-hoc body could be stuck before it starts.