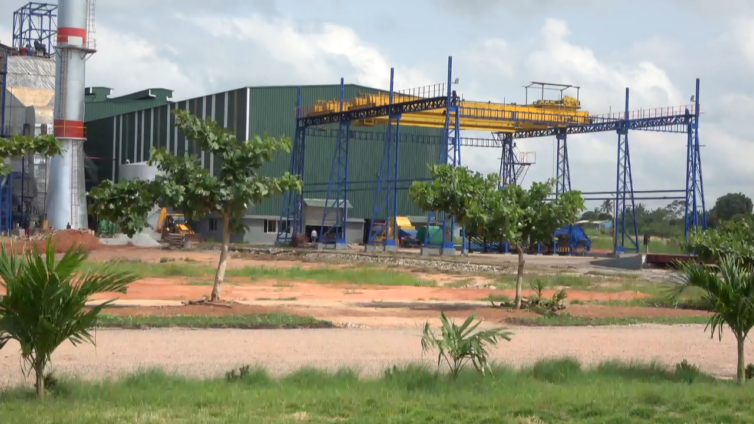 The Minority in Parliament says it will trigger the necessary processes to prosecute government officials who are responsible for the neglect and the losses associated with the Komenda Sugar Factory.

The $36.5 million facility is yet to be operationalised six years after it was commissioned by the Mahama-led administration.

President Akufo-Addo promised the chiefs and people of Komenda that the factory would be operationalised in April when the chiefs from the traditional area paid him a visit.

In spite of the assurances the factory has still not been operationalised.

The minority on the Parliamentary select committee on trade and tourism says there was no need, in the first place, for government to have halted the processes leading to the operationalisation of the factory when the new administration took office.

According to the minority, the previous administration had set in motion everything related to the factory, including funds secured for raw materials.

The Minority says, upon taking office in 2017, it was incumbent upon government of Nana Akufo-Addo to continue all the programmes and projects of the previous Mahama administration.

Further, projects such as the Komenda Sugar Factory ought to have been continued by the government.

But they say that they chose to play politics with it, and you demonised the previous government in so many ways by giving factually inaccurate narratives concerning the factory.

A member of the select committee and former Deputy Attorney General, Dominic Ayine, said Ghanaians have been shortchanged in the matter of the Komenda Sugar Factory.

He claimed that the current government has been tagging previous government officials’ actions as criminal and hauling them before the judiciary and prosecuting them for causing financial loss to the state.

He stated that the next NDC administration in 2025 will go to any length to ensure that all government officials responsible for the factory’s abandonment and the project’s losses are prosecuted.

“What we have seen today is a clear-cut situation of causing financial loss to the state.  They undervalued the factory that was built with $50 million at $12 million and they are doing so in order to sell it off.

“Secondly, the factory was left to rot and for many years, nothing was done and they had to borrow money in order to refurbish it.

“That again from an accounting point of view is causing financial loss to the state and the next NDC government in 2025 will be prosecuting those who are responsible.”

The ranking member on the select committee, Emmanuel Armah Kofi Buah, told the people of Komenda that their visit to the factory on Monday proved government’s inertia to make the factory work.

He said the NDC government secured a $24.54 million loan from the Indian government to advance the course of the factory, but the NPP administration just abandoned the process.

According to the minority members on the committee, they were extremely disappointed by the fact that nothing had been done to enhance the state of the factory during the six-year tenure of the Akuffo Addo administration.

He said what saddens him is that the president’s words mean nothing anymore.

According to him, the president’s promises to operationalised the factory have all not been honored.

“The president even told the chiefs and people of this area that the factory would be operational in April. We are in June. The president’s words must mean something,” he stated.

He stated that the NDC government led by John Mahama made provision for raw materials by encouraging the local farmers to plant sugarcane, and thus about 1400  tons of sugarcane  were supposed to be used to feed the factory.