Kotoko vs North African teams: It usually ends in tears 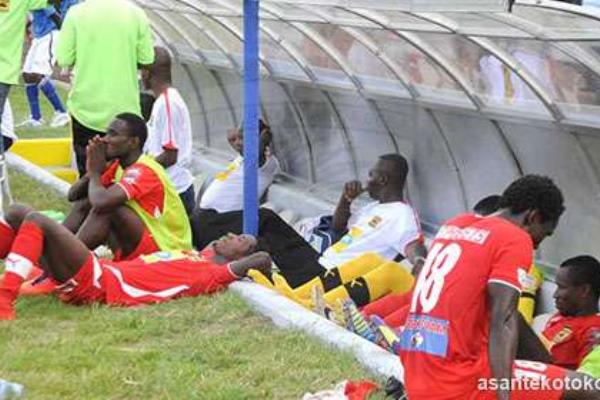 It was January 13, 2019. A day, in the end, that was beyond the reality of Asante Kotoko players.

As football commentator, Peter Drury put it in that unforgettable night in Rome when Serie A side Roma overturned a 4-1 first-leg deficit in the UEFA Champions League quarter-final to win the tie against Spanish giants Barcelona, this was ‘disbelieving’.

It was disbelieving because one needed to take a step back 11 years to be reminded of what was witnessed.

By minute 50, the record Ghana league champions were already 3-1 up courtesy of Emmanuel Gyamfi, Maxwell Baakoh and Abdul Fatawu Safiu goals. They would concede again in 70th-minute but saw off the game despite a late fightback from Coton Sport, one of Cameroon’s top teams.

A week later, the Porcupine faithfuls would be treated to an end of a long period of thirst. Then skipper, Amos Frimpong, and Maxwell Baakoh would step up to send the nearly 40,000 fans at the Ashanti regional football cathedral into ecstasy.

The first, via the penalty spot. For the second goal, if there was a roof, it would have completely been torn off. Baakoh received an overhead pass from Abdul Ganiu, and run down the left flank before delivering a belter. The finish was made more special by the nature of the angle, an acute angle, but he wired the ball into the net with angular precision.

After 11 years of tortuous journey in CAF inter-club competitions – Champions League and Confederation Cup combined – after 11 years of consistent bottling of opportunities to compete against the best teams in the continent, the Porcupines booked a group stage ticket.

They would be housed in the same group with Zambia teams, Zesco United and Nkana FC, and Al Hilal of Sudan.

Zesco and Nkana were dispatched with aplomb from Akonnor’s boys with a 2-1 and 3-0 wins respectively at Baba Yara. A qualification to the next stage beckoned, but it was only achievable with a win over Al Hilal of Sudan, a team from North Africa, a team that had beaten Kotoko 1-0 in their first group game in Omdurman.

History had to guide expectations, but it never did. Over 40,000 football fans wanted to witness Asante Kotoko’s progress beyond the group stages of Confederation Cup. Three times the stadium announcer said the venue was full, but thousands still found their way to the stands to watch.

‘It would end in tears’ just as it has always seemed to be against teams from that side of the continent. 1-1 it finished. It took 85 minutes for Kotoko to equalise through striker Songne Yacouba, but their hopes of making a semi-final berth were beyond their control, as it hinged on a win over Zesco United in Zambia.

A win never became a reality as Kotoko lost 2-1. Hindsight blamed the Porcupines failure on the supposed mental block against North African teams.

Those who believed so were not far from right. Al Ahly, Etoile du Sahel, Al Hilal, Ittihad Khemiset, Al Merreikh, JS Kabylie, and a host of other North African teams have persistently been Kotoko’s nemesis in CAF’s competitions.

To put this into context: since 2008, Asante Kotoko has played North African teams 17 times and won just four of those matches, the most recent being a 2-0 win over Etoile du Sahel, an old foe. But even then, Krobea lost the reverse fixture.

Within the same period, Kotoko have failed to progress to the next round of any CAF competition when drawn against North African sides.

Outside of North Africa, 18 times have Kotoko engaged teams from other parts of the continent: 9 times they have won, lost eight and drawn once.

The tearful ones, from a Porcupine perspective being that of 2010, 2014 and 2018, when they played ASC Linguere of Senegal, Barrack Young Controllers of Liberia and Carra Brazzaville of the Republic of Congo.

They were tearful in varied ways – near misses, and a humiliation. ASC Linguere annihilated Kotoko with a thumping 4-2 win at the Baba Yara stadium after winning the first leg 2-0.

Then, there was Barrack Young Controllers, an opposition many a faithful of the Porcupines believed would be taken to the sword. However, the Liberians overturned a 2-1 deficit to win the second leg 1-0 at home.

For Carra Brazzaville, how that happened remains unimaginable. Kotoko had an incredible four penalties and could bury only one. In the end, the Reds were knocked out of the competition after losing the second leg 1-0, too. A penalty shoot-out would see the then FA Cup champions lose 7-6 to exit the competition.

Stories can be told of the recent 2-0 loss to San Pedro, but that just, maybe, is part of history against teams outside North Africa. And yet, that can never be compared to the number of times North Africa teams have left fans wondering if it is worth competing for continental glory.

It’s been a little over 10 years of emotional distress being an Asante Kotoko aficionado on the continent. The teams mentioned a few paragraphs ago tell the story. Who would forget how Al Ahly hammered Kotoko in August 2006?

Who would get that famous 3-1 win over Ittihad Khemiset at the Essipong Stadium, in March 2009, only for the Porcupines to end up losing the reverse fixture 2-0.

And that famous MC Eulma 2-1 victory that got then coach David Duncan stuck to the turf. That was not the story, the story was how the players needed police armoured cars to leave the stadium as fans could not, and would not, accept their consistent failure.

History has shown that emotions must be managed when
Kotoko lines up against ES Setif. For this could just be one of those things never imagined before kick-off after two legs.

DISCLAIMER: The Views, Comments, Opinions, Contributions and Statements made by Readers and Contributors on this platform do not necessarily represent the views or policy of Multimedia Group Limited.
Tags:
Asante Kotoko
CAF Confederation Cup
ES Setif
Ghana Premier League