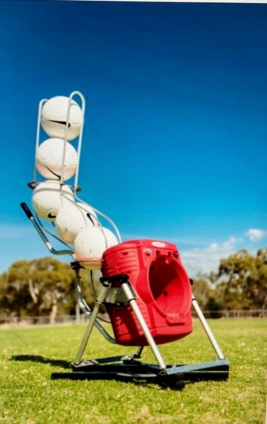 The ‘Kuma Apem’ Group, the supporter’s wing of Kumasi Asante Kotoko has procured a ¢15,000 football launcher for the club.

An official presentation ceremony for the modern training equipment to the club is scheduled for Friday, October 9, at the Adako Jachie training grounds.

The ball launcher is an effective piece of training equipment, which influences a player’s style of training to boost their performance.

With the full range of elevation and rotation of the ball, the football launcher delivers over 200 accurately placed balls every hour, distributing tasks for players on the training pitch.

It has in recent times made series of donations to the club.

They include; cash donations to some former players of the club and support for the club during its African Cup campaign last season.

They also donated food items and cash to a Kotoko supporter who got paralysed after picking an object believed to be ‘juju’ from the goal post during an African cup match against Asec Mimosa at the Baba Yara Sports stadium in 1993.

Spokesperson for the Group, Kingsley Odame Amoako, popularly known as Asanka Boyoyo, says the donation is to help improve the general play of the team towards their impending domestic and international assignments.

“You know the club is embarking on another trip to Africa and the premier league is also starting soon. It is our hope that the club will improve on its general play in the CAF champion’s league and Ghana premier league hence the decision to procure the ball launcher for the club,” he said.

“We know very well the advantages in using the ball launcher and we believe this donation will go a long way in assisting the club to achieve its set targets for the next football season,” he added.

The equipment is expected to be received by the technical team led by Head Coach Maxwell Konadu and some management members of the club.