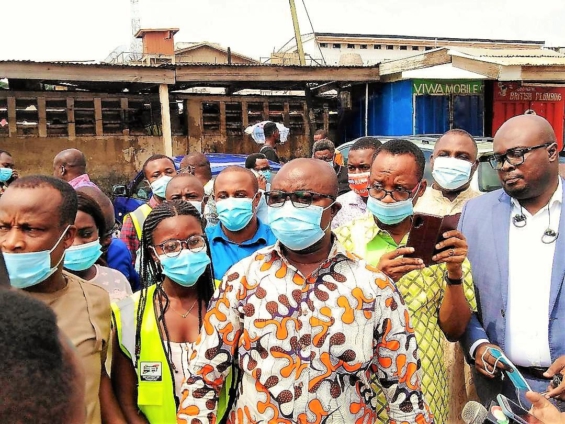 The Kumasi Metropolitan Chief Executive (MCE), Osei Assibey-Antwi has withdrawn from the race to contest for another term.

He said the outgoing MCE, however, would continue to be at post until a successor is appointed.

Until his withdrawal, he was one of the contestants tipped to be given the nod to continue as the MCE, hence the latest development came as a shock to many.

Ms Henrietta Afia Aboagye, the Public Relations Officer of the Kumasi Metropolitan Assembly (KMA), in an interview with the Ghana News Agency, confirmed the decision, saying the Assembly would miss him for his commitment to duty and humility.

She said Mr Assibey-Antwi’s achievements include the implementation of the “Keep Kumasi Clean and Green” project, an initiative intended to promote good environmental sanitation practices amongst the citizenry.

The project, launched three years ago, had seen the planting of thousands of tree species to help restore Kumasi to its ‘Garden City’ status and mitigate the effects of climate change, she said.

Those aspiring for the MCE position, having successfully gone through the vetting processes, include Mr Collins Owusu Amankwaa, former Member of Parliament (MP) for Manhyia-North, Mr Samuel Pyne, Ashanti Regional Secretary of the New Patriotic Party,  and Nana Poku Agyeman, an Engineer, and Metropolitan Director of Urban Roads Department.