Kwame Alorvi: The dying embers of education in Ghana 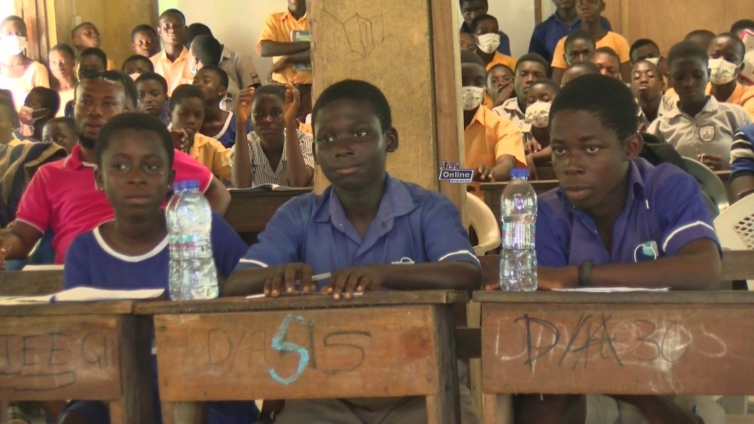 INTRODUCTION
The neglect of basic school education in Ghana in recent times has left the basic education infrastructure in disrepair. Lack of textbooks, three years after the launch of a new curriculum, (the Minister, Hon. Yaw Osei Adutwum, says he needs three more years to be able to supply the textbooks in 2024), and non-release of capitation grants for many years, have further compounded the problem in basic schools.

In the senior high schools, inadequate infrastructure resulting in double tracking, a shortage of food to feed students, and government indebtedness to schools have negatively impacted teaching and learning.

A decaying management system right from the GES Headquarters, to the Regional, Metropolitan, Municipal and District Directorates, with many retired directors still hanging on to their positions, is increasingly becoming incapable of giving Ghanaians hope, and we are beginning to see the dying embers of our education. The fire is smouldering with smoke but no flame. In no time, the embers will extinguish, leaving in place a huge mound of ashes; the death of our education.

Since 2018, a new phenomenon has been birthed and nurtured that ensures that GES officers who have retired compulsorily at age sixty, remain at post, thus blocking the chances of junior ranks from rising up the professional and administrative ladder.

HEADQUARTERS
Conspicuously guilty of this refusal to bow after retirement is my friend, the Ashanti Effiduase-born Deputy Director General (DDG) of the GES in charge of Management Services, Mr. Anthony Boateng. The official compulsory retirement date of Mr. Boateng was August 16, 2020, but he has still been at post ever since.

Many people believed, though, that his date of birth might have been altered to allow him to remain in the service longer than permissible. Most of his classmates had long since retired from active service.

Reports gathered by our field officers reveal that as many as eleven out of the sixteen Regional Directors have retired but have been signed on by Mr. Anthony Boateng to remain at post. Leading these regions are Ashanti, Central, Greater Accra and Northern.

The field officers are monitoring if my sister, the Volta Regional Director, who recently retired, will also be allowed to remain at post with her colleagues.

In effect, the retired Deputy Director General (MS), Mr. Anthony Boateng, has refused to give way to allow other directors to be interviewed for his position. Instead, he has formed an Esteem Club of Retired Directors, of which he has become the Life President.

“What new retirees only need to do is just apply and pay their “membership registration fees” to Mr. Anthony Boateng, and they are good to go,” lamented one promoted director waiting for posting. Another, speaking with pain, said, “District Directors are qualified, yet the retired officers continue to ask for more years and they are given, because the DDG himself has refused to go.”

Before Mr. Anthony Boateng’s retirement, or rather delayed retirement, directors who retired were given marching orders by Mr. Boateng to submit themselves to audit and hand over.

The North East Regional Director was alleged to have been hounded out of office by Mr. Anthony Boateng, even before her retirement date was due.

What has changed now is the fact that, having entrenched himself in his position after compulsory retirement, the Deputy Director General (MS), Mr. Anthony Boateng has lost any moral right to order retired directors to hand over.

Having watched with keen interest how their bosses are breaking the rules, the Metropolitan, Municipal and District Directors of Education have also joined the Esteem Club of Retired Directors, headed by Mr. Anthony Boateng. After all, what is good for the crocodile, must equally be good for the frog, because they are both amphibians. Our findings are that, as many as nine retired Metropolitan, Municipal, and District Directors (and still counting), have been given the approval by Mr. Anthony Boateng to remain at post.
Meanwhile, about 75 officers promoted to Director 2 positions in 2020, are still on their old salaries awaiting posting. What a decadent system! Our team learnt that two such directors awaiting posting have since passed on. No promotion letters have been issued to them since 2020. Our field officers chanced upon a bizarre and discriminatory situation where some of the waiting directors close to Mr. Boateng, and some influential ruling party officials, MPs, and Ministers, are allegedly being processed by the GES and are being paid Director 2 grade salaries for over two years now.

A case was cited of one promoted Director 2 in the Central Region awaiting posting, just like his colleagues in the 75 group, who received salaries for many years as the Gomoa West (Apam) Director of Education, while there was a substantive Director at post in Apam. How can one district have two Directors of Education? Our field officers learnt that Director (name withheld) has recently been posted to Asikuma Odoben Brakwa District in the Central Region as Director.

Why were the remaining waiting directors not put on a director’s salary as was done to the Asikuma Odoben Brakwa Director before his posting?

I must state that I am not entirely against the re-engagement of retired officers when special skills and proven commitment are required to address a specific and peculiar problem. What I am troubled about is the wholesale misapplication of the rule for parochial and partisan interests.

How can eleven regional directorates, including those in Greater Accra, the Central, Northern and Ashanti Regions, be so special as to warrant the retention of the retired directors? What peculiar problems are there to solve which other directors cannot solve?
Before such directors assumed duty, how were the directorates administered? Before Mr. Anthony Boateng’s appointment, had there not been Deputy Directors General in charge of Management Services?

DISCLAIMER: The Views, Comments, Opinions, Contributions and Statements made by Readers and Contributors on this platform do not necessarily represent the views or policy of Multimedia Group Limited.
Tags:
Ghana Education Service (GES)
Kwame Alorvi
Ministry of Education