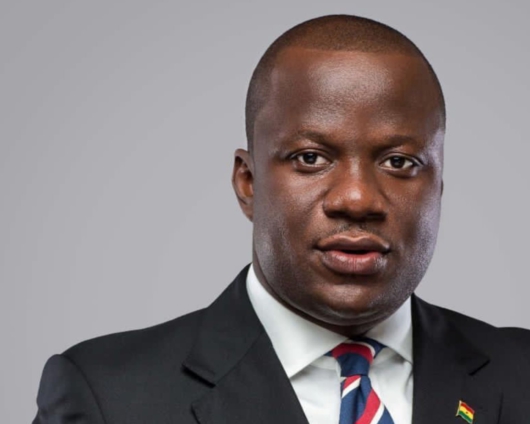 Samuel Abu Jinapor will face the 26-member Committee who will try to understand his vision for the Lands Ministry before they give him their approval.

The Deputy Chief of Staff is noted as one of the hardworking and astute presidential staffers who contributed to the success of President Akufo-Addo’s first term.

Abu Jinapor has been lauded by his colleagues as well as other people whom he dealt during his time at the presidency for his professionalism.

He held the position from 2016 to 2020, effectively assisting the two-time Chief of Staff, Frema Opare.

Political analysts have said the President appointed Mr Abu Jinapor for the position of Lands Minister-designate due to his outstanding performance at the seat of government.

Mr Abu Jinapor, should he scale the vetting hurdle, will be walking into a portfolio that has been fraught with many challenges.

The Lands Ministry has challenges including illegal mining aka ‘galamsey’, land degradation, deforestation and many other practices that define man’s very existence on earth.

The country’s environmental issues transcend just policy; they are about enforcement of existing laws and regulations and it is said the nominee is the best person for the job.

Many are hopeful that Mr Abu Jinapor’s exceptional qualities exhibited at the Jubilee House will be brought to bear in this new role.

Samuel Jinapor attended the Kwame Nkrumah University of Science and Technology (KNUST) and graduated with a Bachelor of Science degree in Physics in 2006.

He proceeded to the University of Ghana in 2008 earning a Bachelor of Laws in 2010 and further went to read LLB at Ghana School of Law, Makola, Accra.

He also holds a Master of Laws in Alternative Dispute Resolution from the Faculty of Law, University Of Ghana.

He was called to the Ghana Bar in 2012 as a Solicitor and Barrister of the Supreme Court of Ghana.

Abu Jinapor is a brother to John Jinapor, a former deputy Minister for Energy and Petroleum and a staunch member of the National Democratic Congress (NDC).

He was appointed a Deputy Chief of Staff in the year 2016 by President Nana Addo Dankwa Akufo-Addo.