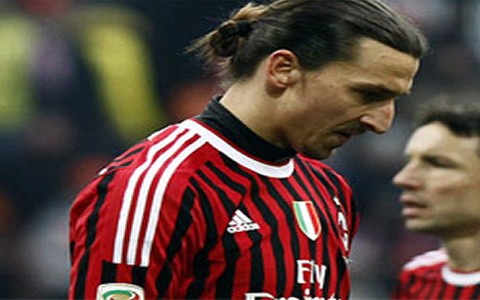 PSG have already snapped up his Milan team-mate Thiago Silva as part of a €65 million double swoop and have now settled personal terms with Ibrahimovic after days of wrangling with his agent, Mino Raiola.

The 30-year-old Sweden international has agreed a reported €13 million-per-annum, three-year deal and will undergo a medical in Paris on Wednesday morning.

“We have reached an agreement, the deal is done,” Leonardo told Gazzetta dello Sport. “Zlatan Ibrahimovic is a PSG player, he can write our history.”

PSG have scheduled an official press conference at the Parc des Princes for Wednesday afternoon, when the former Barcelona striker is expected to be unveiled.

“All parties are happy, therefore so too is Zlatan,” Raiola told journalists after finalising talks with PSG.

The big-spending French club are also expected to present Pescara midfielder Marco Verratti to the press on Wednesday.