Let's give our women and PWDs a chance in the local elections - MyJoyOnline.com 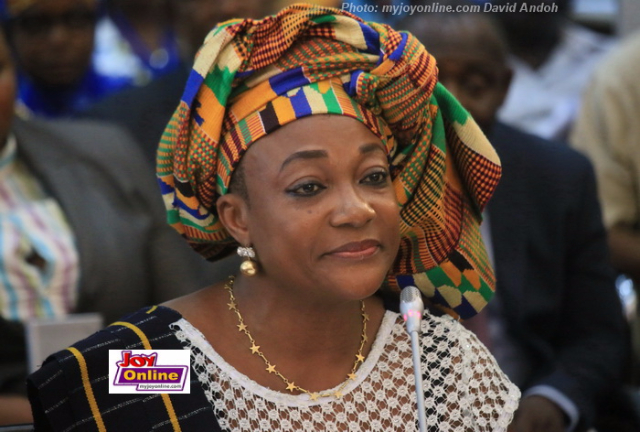 A former Minister of Gender, Children and Social Protection, Otiko Afisa Djaba has called on Ghanaians to vote for women and physically challenged persons contesting the Local Government elections on Tuesday, December 17.

Addressing a Town Hall Meeting to commemorate the International Day of Persons with Disabilities (PWDs), Madam Djaba said only 20 PWDs and 909 women picked up nominations forms to contest the assembly and unit committee elections.

The founder of the Henry Djaba Memorial Foundation stated, “There are over 18,510 people who have picked up nominations forms, unfortunately, the women are only 909; and persons with disability are just about 20, where is their accessibility, where is their independence?

“Campaign for them, encourage them, support them and on 17th December and vote for them, to make the present accessible before the future can be accessible. This is our time to make a difference.”

The 2019 International theme of day is, “Promoting the participation of persons with disabilities and their leadership: taking action on the 2030 development agenda”.

They may be physically challenged, she said, but their brains were intact, and therefore should be encouraged and not stigmatised.

President of the Worldwide Miracle Outreach, Dr. Lawrence Tetteh, said disability should not be equated with inability, therefore, everyone in the society had a specific role to play.

He said he was hopeful that someday, a person with disability will become the Speaker of Parliament, the Chief Justice, or the President of Ghana, therefore, they should not give up.

Women, he said, should also be given the mantle of leadership because they were more judicious with managing resources and less corrupt.

“Men are corrupt than women, so let’s encourage women to take up responsibilities.

In a statement to mark the Day, the Secretary-General of the United Nations, Antonio Guterres emphasised: “When we secure the rights of people with disabilities, we move closer to achieving the central promise of the 2030 Agenda – to leave no one behind.”

The event was jointly organised by the Henry Djaba Memorial Foundation and the Inter-Ministerial Cooperating Committee on Decentralisation.