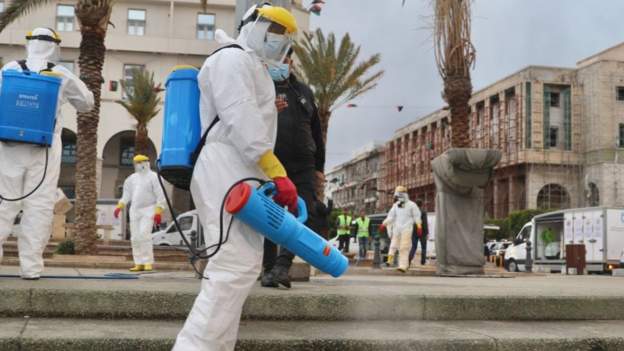 Libya has become the latest country in the Middle East to release detainees in response to coronavirus.

The internationally recognised government in Tripoli has ordered more than 400 prisoners to be freed.

Saudi Arabia has ordered around 250 people imprisoned on relatively minor charges to be released.

Bahrain, Egypt and Syria have all made similar moves. Iran, too, has released detainees, although there are also reports of at least two prison breakouts.

But there have been few political prisoners or prisoners of conscience among those freed.

Human rights organisations, relatives and local activists are also calling for their release.