Life as a teacher; The Diana Asamoah story 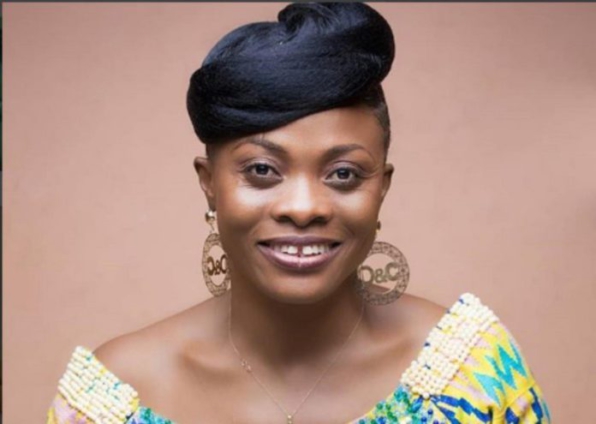 Diana Asamoah has become a household name in the music industry with numerous hit gospel songs to her credit.

But, her journey to the land of fame was not a smooth ride.

Miss Asamoah has opened up on her days as a teacher, a side of her many fans and followers are not privy to.

According to her, this was a temporary career she took up after her form four education.

“I wasn’t interested in education so, from class six to JHS 1, I stayed at home for a month because I did not want to return to school but I managed to complete form four and went to stay with an aunty to help with her trade,” she narrated.

This she told Afia Amankwa Tamakloe on the ‘M’ahyεaseε‘ was the decision of her father who was a headmaster.

“My father after some time asked that I should be brought to him during which I proposed to go into buying and selling but he vehemently resisted as an educationist.

“Just around the same time, a female teacher was going to the training college and my father suggested I take her place in the school,” she recounted.

The Akoko Abon hitmaker indicated she was not assigned a specific class but acted more of a caretaker for a class whenever a teacher was absent.

When asked if she had any challenges, particularly with language, she said, “English was not a problem for me since at that time, we spoke more of Twi during lessons so it was okay.”

However, for reasons she did not state, she had to quit after about eight months to learn sewing which she did for about four and half years.

Despite her excellent skills with fabric designs, she noted she could not pursue that as a full-time career as her evangelism ministry was birthed around that time and she felt a strong desire to go that path.

The gospel musician disclosed that she spent most of her childhood at Asante Mampong in the Ashanti Region.